Google Cloud: 25% of manufacturers admit to allocating over half of their IT spend on AI
by Ben Wodecki
6/14/2021 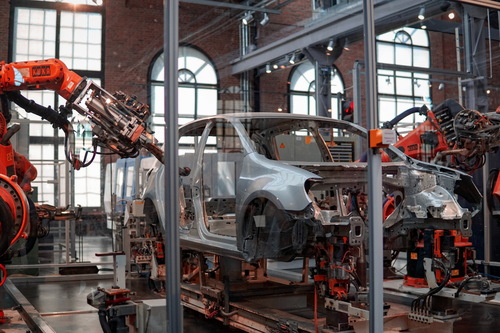 A report from Google Cloud suggests that 64 percent of manufacturers are already relying on AI to assist in their day-to-day operations — with a quarter already allocating half or more of their overall IT spend towards AI.

The company surveyed more than 1,000 senior manufacturing executives across seven countries on the extent to which they used AI, compiling the findings in a 22-page report titled ‘Artificial Intelligence acceleration among manufacturers.’

The cloud provider found that the mean IT spend on AI by those surveyed was 36 percent, with businesses in the UK recording the highest spend on AI, and Japanese firms recording the lowest.

Companies in the electronics and appliances sectors recorded the highest rate of spending on AI from their IT budget, while chemicals ranked the lowest.

“The key to widespread AI adoption lies in its ease of deployment and use. As AI becomes more pervasive in solving real-world problems for manufacturers, we see a shift from ‘pilot purgatory’ to the ‘golden age of AI,’” the report reads.

“We used to count the number of AI and machine learning projects at Ford,” Bryan Goodman, Ford’s AI and cloud director, said. “Now it’s so commonplace that it’s like asking how many people are using math. This includes an AI ecosystem that is fueled by data, and that powers a ‘digital network flywheel.’”

Italian manufacturers recorded the highest levels of applied AI – with 80 percent of those surveyed admitting to deploying it in day-to-day operations. German (79 percent) and French (71 percent) manufacturers rounded out the top three.

Around two-thirds of the manufacturers quizzed by Google Cloud said their reliance on AI in day-to-day operations was increasing, and a third of those who weren't using AI on a daily basis believed that it would make employees more efficient.

Quality inspection was the top area for AI deployments among respondents – with 39 percent using it to check product characteristics. Other key deployment areas included supply chain, inventory, and risk management, as well as production line checks.

The report suggested that that the COVID-19 pandemic “may have spurred a significant increase in the use of AI” – as 76 percent of surveyed manufacturers have turned to AI as well as other digital enablers like data analytics and cloud technologies, as a result of the crisis.

The report notes that barriers for AI implementation include not having the talent to or IT infrastructure properly implement AI, the sheer cost of deployment, and arguments over whether AI is an “unproven technology.”

Google itself has repeatedly boasted that AI was improving its product development – its AI research team recently revealed that the next generation of the company’s Tensor Processing Unit, a chip for AI, was being designed more efficiently by an AI system.