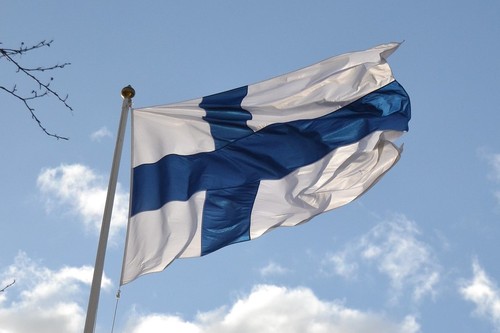 Finland has emerged as the world’s top data science nation, with the Nordic country “leading the way in AI education,” according to a report from online learning specialist Coursera.

The Global Skills Report highlights efforts by the Finnish government and the University of Helsinki to teach 1 percent of the country basic AI skills as a catalyst for it becoming a leader in machine learning.

The report draws on performance data from more than 77 million learners, 4,000 campuses, 2,000 businesses and 100 governments recorded since the start of the pandemic.

Finland outranks Nordic neighbor Denmark in both global and European rankings, with the Danes following closely behind.

The Fins, as well as Belarus, Bulgaria, and Italy, all outperform Russia, which led in cloud computing skills in 2020; the European nations are set to take advantage of the European Commission’s new €2 billion investment in common data spaces such as the Connecting Europe Facility 2 (CEF2).

Coursera notes that eight of the top 10 global data science nations are from Northern and Western Europe – with the value of data in the EU expected to rise to around €550 billion by 2025, accounting for 4 percent of the bloc’s overall GDP.

The UK is listed as “competitive” in both machine learning and data skills – but lags behind much of Europe, ranked as 34th globally – with the likes of Poland, Belarus, and Ukraine way ahead of the former EU member.

The report praises the rapid development of ML capabilities in Serbia, which sits just one place below the UK in the global rankings, stating the Balkan nation holds "a number of complementary data science skills.”

Northeast and Midwest ‘catch up’ to the West Coast

Over in North America, the West Coast remains the leading region for data science – but the report reveals that the Northeast and Midwest are “catching up.”

“Many top universities in these regions, such as Northwestern, MIT, and Carnegie Mellon University (CMU) have invested in recent years in new data science degree programs,” the report reads.

Coursera found that learners in the South scored “particularly low” in mathematics. It suggests that the issue starts from an early age, with around 80 percent of Southern states being below the national average for eighth-grade math on standardized tests.

Meanwhile, Canada is lagging in probability and statistics, with the report suggesting that this could be seen as part of a broader trend of declining performance in quantitative disciplines. Formerly a top-10 country in mathematics education, Canada has had its ranking and math scores “decrease consistently for the past 15 years.”

Despite this, Canada is second to only the West Coast in terms of technology, with Coursera stating that no fewer than 500 global AI firms are currently headquartered in the country.

In Asia Pacific, Japan is the leading nation in terms of data science. According to the report, the country’s aging population and increased healthcare costs provide it with “a unique opportunity” to utilize a “treasure trove of data.”

Asian countries have invested heavily into national AI programs and those that did often perform well in technical education, the report states. Singapore is highlighted for the country’s National AI Strategy, which aims to invest $150 million into AI over five years.

Coursera also notes China’s plan to become an AI world leader by 2030 – that envisions a domestic AI industry worth nearly $150 billion in just a few years.

Compared to Asia Pacific, Central Asia was noted as lagging significantly behind its neighbors. However, some central Asian states are looking to address the gap, like Kazakhstan’s investment in a more secure high-speed infrastructure to transform and process data.