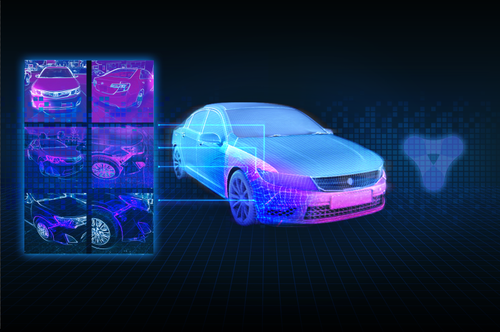 The round more than doubles its total capital raised from $55 million to $115 Million – with the valuation skyrocketing to around $1 billion. The latest round makes Tractable the world's first computer vision 'unicorn' for financial services, the company claimed.

“We cracked how to assess cars, helping over a million people recover from accidents, and helping recycle cars that couldn't be repaired,” Alex Dalyac, founder and CEO at Tractable, said.

Dalyac pointed to his company’s new focus – “next up for us is homes,” he said, with Tractable already working with a Japanese insurer on claims of damages caused by typhoons.

From developing AI software to… buying and selling used cars

Founded in 2015, Tractable provides computer vision software that analyzes photos of damaged vehicles for insurance firms. The system is claimed to be capable of making sense of the damage as a human would.

The company said it will use the newly secured funds to finance an expansion into used car sales, as well as natural disaster recovery.

The cash will also support its attempts to find new ways of using AI to assess the condition of cars – with LKQ, an automotive parts firm, already using Tractable’s systems to optimize the recycling of end-of-life vehicles in North America.

The London-based firm said it has recorded a 600 percent revenue growth in the past 24 months due to partnerships with major insurers from the US, UK, and Spain, including Geico, Tokio Marine Nichido, and Admiral Seguros.

In April, the firm secured Covéa, France’s largest insurance group, as a customer – with the company using computer vision software to analyze damage to claimant’s cars.

The pair had been working together since 2016 and set up the ExcellIA partnership, which includes a service platform called Darva.