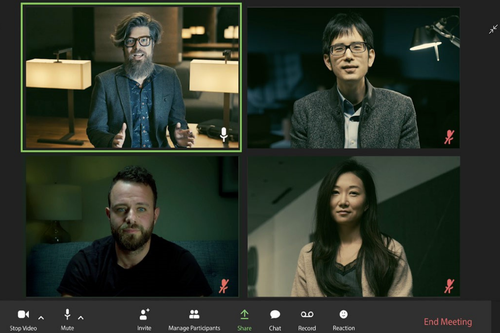 Nvidia has unveiled Vid2Vid Cameo – an AI model capable of creating realistic videos of a person from a single photo.

The product will soon be available as part of Nvidia’s Maxine SDK, a collection of pre-trained AI models that provide augmented reality effects during video conferences or live streams, the company announced.

“Many people have limited internet bandwidth, but still want to have a smooth video call with friends and family,” Nvidia researcher Ming-Yu Liu said.

“In addition to helping them, the underlying technology could also be used to assist the work of animators, photo editors, and game developers.”

Vid2Vid Cameo was teased around the launch of Maxine, with a demonstration published last December. Nvidia said that Maxine will “dramatically” reduce the bandwidth required for videoconferencing calls that use GANs.

The new service works by identifying and encodes facial features in an image and then automatically extracting them.

The extracted features are then sent to other video conference participants, with the system capable of saving and reusing them from prior meetings. On the receiver’s side, the GANs then use the information and generate a video that mimics the appearance of the original picture.

“Instead of sending bulky live video streams from one participant to the other, video conferencing platforms can simply send data on how the speaker’s key facial points are moving. On the receiver’s side, the GAN model uses this information to synthesize a video that mimics the appearance of the reference image,” the paper reads.

The paper suggests that the same technology could be used to transfer movements of one person onto the image of another, or to animate digital avatars.

The company also announced a partnership with Equinix on an infrastructure program called AI LaunchPad – offering speedy access to Nvidia’s hardware and software.