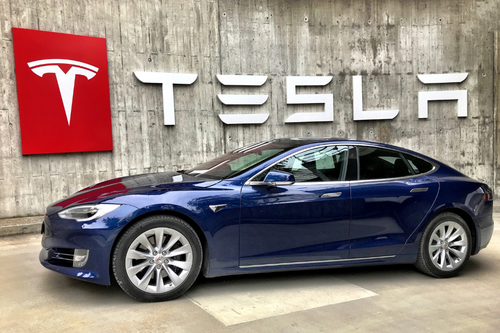 Panasonic has sold the entirety of its stake in Tesla for 400 billion yen ($3.6bn) – with the company looking to use the funds to invest in future growth.

A Panasonic spokesperson confirmed to Reuters that its shares had been reduced to zero by the end of March.

Last year, Panasonic was reported to hold around $730 million worth of Tesla shares; their value had appreciated more than fivefold over just 12 months.

Panasonic’s Yayoi Watanabe said the company had informed Tesla of the sale, and that its decision will not affect the relationship with the car company – with the pair jointly owning a battery factory in Nevada.

Cashed out, but still around

New Panasonic CEO Yuki Kusumi told Bloomberg in a recent interview that he was looking to increase the company’s ability to generate cash by freeing up hundreds of billions of yen to direct toward new initiatives.

The man tasked with leading the 103-year-old Japanese firm said he aims to improve efficiency in manufacturing, as well as increase spending on mergers and acquisitions.

Referring to the Blue Yonder purchase, Kusumi said that his company was looking to apply technologies including AI to analyze Panasonic’s site operations to identify inefficiencies.

Panasonic has collaborated with Tesla since its startup days, supplying the company with lithium-ion cells for its battery packs. The pair have invested around $2 billion into a jointly owned battery factory in Nevada.

But the relationship wasn’t always friction-free – back in 2019, Tesla CEO Elon Musk blamed Panasonic’s team at the factory for holding up production of its Model 3 Sedans.

Shortly after Panasonic announced it was selling its shares, Tesla revealed a partnership with Chinese electric vehicle battery maker CATL. Under that partnership, the Chinese firm would supply battery cells to Tesla until December 2025.