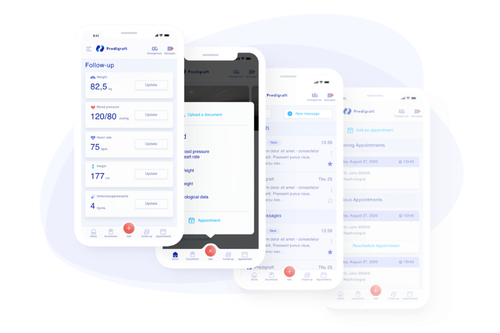 French predictive healthcare startup Cibiltech has had its Predigarft product approved for use in the European Union.

The software was built to predict long-term kidney allograft survival following a transplant. It has received CE marking, which means its makers adhere to European health, safety, and environmental protection standards.

Predigarft was greenlit under CE class 11a – which covers medical devices. Cibiltech is now free to market its software in all nations that recognize the certification.

It can take several years for patients on a wait list to get a kidney transplant. Doctors can partially replicate kidney functions through dialysis, however, this can be both inconvenient and time-consuming – meaning transplants are often the best treatment for kidney failure.

While it is possible to donate a kidney while you're alive – because you only need one to survive – finding a suitable donor can be tricky. Tests need to be conducted in order to identify similar tissue types and blood groups as the recipient in order to reduce the risk of the body rejecting the organ.

The French firm said its software was created based on the iBox technology – an algorithm developed by the Paris Transplant Group which estimates the probability that the graft will still be functional at three, five, and seven years after evaluation by the healthcare professional.

Cibiltech has several large names supporting it – with pharma giant Novartis, the University of Paris, and precision medicine company CareDX among its partners.

The company said its main ambition is "to build the distribution platform for algorithms to prevent organ failures."

“The work conducted by Manon Marault, our quality and regulatory manager, and her team is colossal and this recognition by our notified body undoubtedly opens a very promising new chapter for the company,” Hélène Viatge, Cibiltech's managing director, said.