Women in AI at similar levels to women in computing in the 80s, warns UKs AI skills champion
by Ben Wodecki
7/12/2021 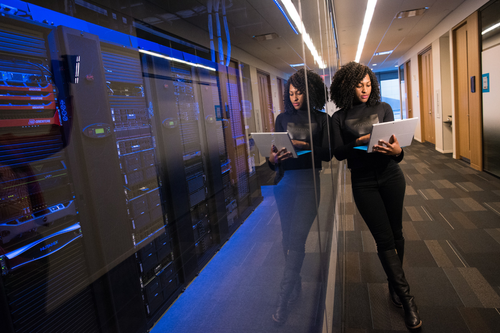 The prominent computer scientist and World Wide Web pioneer expressed her dismay at the lack of women in the AI workforce while speaking during the Westminster eForum policy conference on the future for Artificial Intelligence in the UK.

She told attendees that diversity in the sector was “getting worse rather than better.”

Professor Hall stressed the need for a diverse workforce, given that all of society will be using the tools created with AI, regardless of whether we’re aware of it.

Where are the women?

A recent report from Deloitte found that women make up just 26 percent of the AI workforce in the US. Professor Hall herself cited a Turing Institute report titled ‘where are the women?’ – which found that only 22 percent of data and AI professionals in the UK were female, dropping to a mere 8 percent for researchers who contribute to the pre-eminent machine learning conferences.

She said the findings of the report reminded her of what she saw in terms of the numbers of women in computing in the 1908s. Describing the numbers as "just so scary," Professor Hall warned, "if anything, the gap is getting worse in terms of women in the AI workforce.”

“We should be part of these new designs to make sure they’re balanced and fair,” she added.

Professor Hall cited figures from Ipsos Mori, suggesting that 49 percent of British AI firms believe there is a lack of candidates with technical skills in the labor market.

COVID has “shaken everything up” in terms of job vacancies, Hall suggested, adding that “it’s not settled down yet.”

The UK government is putting a lot of money into teaching AI and programming skills, but it takes a long while to implement those skills, Hall said.

“We have a pipeline of skills we need to fill,” she added. “We are making a difference in training, with a lot of it taking place online. We need to do more training and new types of training, so you don’t have to do a master’s degree to take on some of those roles.”

Professor Hall’s comments were echoed at the recent Industrial AI Summit, where speakers suggested companies in tech and manufacturing with little to no female presence in leadership roles were missing out on both talent and creativity.