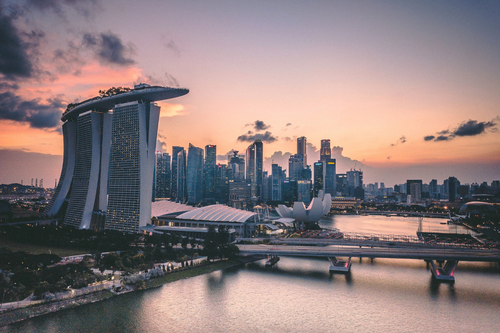 And the Singapore Trade Data Exchange (SGTraDex), where stakeholders can share encrypted information

Singapore is stepping up its investment in AI with a new $50 million spending spree on future telecommunications infrastructure.

Deputy prime minister Heng Swee Keat announced that the country will be setting up new 5G and beyond-5G testbeds, as well as initiatives to build up the local talent pool.

“Just as globalization drove decades of economic growth around the world, I believe the fast-growing digital economy can propel us to a better future,” Heng said.

The Southeast Asian city-state previously said it intends to spend $150 million on AI over five years.

Its efforts were singled out for praise in a recent report from online education giant Coursera, which noted that Asian countries that have invested heavily into national AI programs often had a more technically educated workforce.

It will “support testbeds for innovative pilots and provide scholarships for those seeking to pursue research in communications.”

The country will use some of the funds to launch a new digital exchange – the Singapore Trade Data Exchange, (SGTraDex), where stakeholders can share encrypted information.

SGTraDex is intended to remove inefficiencies related to supply chains, like optimizing cargo handling for logistics and shipping firms.

“From the pilots so far, SGTraDex has the potential to unlock more than $150 million of value annually for the supply chain ecosystem,” Heng said. It would also speed up the processing of customs clearance, trade financing, insurance, and other related activities, he added.

Minister Heng was speaking at the ATxSummit, organized by the Infocomm Media Development Authority (IMDA) and Informa Tech.

Days before the announcement, Singapore's national AI program, AI Singapore (AISG), revealed it had partnered with Google Cloud on an apprenticeship initiative that would give AI engineers hands-on experience on real world projects.

Under the partnership, local startups and companies would be allowed to use Google Cloud's AI and ML services to produce minimal viable products via the AI Apprenticeship Programme (AIAP).