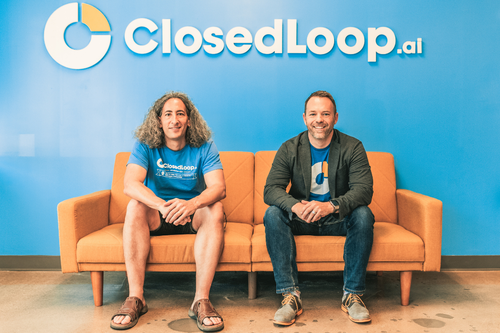 ClosedLoop.ai has raised $34 million in a Series B funding round led by Telstra Ventures.

Joining Telstra Ventures in the round were Breyer Capital, Greycroft Ventures, and .406 Ventures.

Former IBM CEO Sam Palmisano also participated in the round.

“We need healthcare to be as good at using data to improve patient outcomes as the social networks are at getting us to click ads,” said ClosedLoop CEO Andrew Eye.

“We’re not going to stop until AI improves every decision, every day, for every patient.”

Give it to me straight, Doc

ClosedLoop was founded in 2017 by Eye, a former strategy VP at VMware, and Dave DeCaprio – who previously served as CEO of Cizr, which provides video analysis tools for tennis players.

Each forecast its platform helps create uses patient-specific data to explain what risks a patient faces and why thereby aiding in decision-making processes and patient-physician communication.

“AI’s success in healthcare has taken longer than other industries because the complexity of healthcare’s issues outweigh those of other applications,” said Palmisano. “In healthcare, accuracy isn’t enough. Predictions must also show they are unbiased, fair, and explainable.”

The company raised $11m in a Series A funding round last November, which was co-led by Greycroft and .406 Ventures and included participation from Silicon Valley Bank and Meridian Street Capital.

It went on to win the AI Health Outcomes Challenge in April this year, a competition run by the Centers for Medicare & Medicaid Service.

Entrants were tasked with developing AI systems to predict patient health outcomes for Medicare beneficiaries. ClosedLoop was chosen as the grand prize winner and received up to $1m in prize money.

The Texan team pipped runner-Up Geisinger, a non-profit healthcare system based in Danville, Pennsylvania, to the post.

Since its Series A round, the company claims to have quintupled its revenue and secured new partners including Booz Allen Hamilton, and Palm Beach ACO.