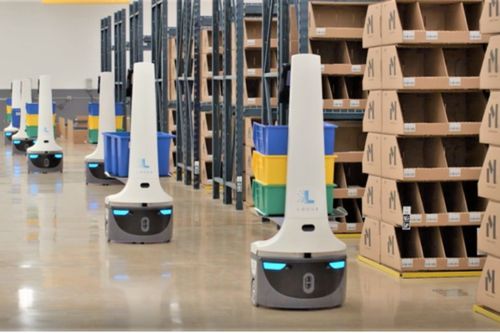 Its new home is in Amsterdam-Noord, a redeveloped wharf area surrounded by trendy restaurants, art galleries, and night clubs.

The company said the new facility will support its existing EU and UK customer base, as well as enable new opportunities within the European warehouse fulfillment and distribution markets.

“Our decision to expand our presence in the European market was a logical step in our business growth strategy,” said Rick Faulk, CEO of Locus Robotics. “Choosing Amsterdam gives us a central location that is ideal for serving our customer base, as well as giving us access to a vibrant and diverse talent pool to recruit from.”

The new location will also assemble and service the company’s robots, to ensure faster deployments and support services.

Locus will be celebrating its official opening with guided tours of the new facility.

Flash-forward to 2021, and the company recently passed the half-billion picking milestone.

Its robots are equipped with a tablet interface that enables them to ‘speak’ 21 different languages – a useful addition for an industry with a high proportion of migrant workers.

The startup has gone on to achieve unicorn status – raising $150m in a Series E round back in February. In September, it secured another $50m investment from Tiger Global Management to fund its global expansion.