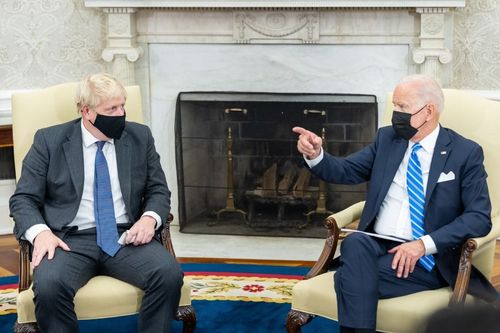 Around 15 ML algorithms were utilized in the demo, with 12 datasets and five automated ML workflows for training and retraining models

Defense R&D labs from the US and the UK have collaborated to develop and deploy “state-of-the-art” machine learning algorithms for supporting both nations’ armed forces.

“We are dedicated to getting robotics and autonomous systems capability into the hands of the warfighters,” said Dr. Robert Sadowski, chief roboticist for the US Army.

“Advances in robotics and autonomy will make our formations more capable and mission-ready while providing protection to our warfighters through unprecedented stand-off while enabling enhanced lethality on the battlefield.”

The jointly developed algorithms were shown off in twin demonstrations at AFRL’s Information Directorate in Rome, New York, and the Defence Science and Technology Laboratory (DSTL) site near Salisbury, England.

The demo saw the two sides exchange data and algorithms through a common development and deployment platform, which defense researchers said enabled the rapid selection, testing, and deployment of AI capabilities.

Around 15 ML algorithms were utilized in the demo, involving 12 datasets and five automated ML workflows for training and retraining models.

The UK’s Model Cards were used to enable a commander to quickly understand, explore, and select appropriate ML models to deploy in a mission.

Meanwhile, StreamlinedML developed in the US was used to to quickly build ML workflows, train and evaluate ML models, and deploy them regardless of the source or ML software stack.

The US and the UK have enjoyed a partnership related to autonomy and AI since December 2020. This was the first in a series of events to be hosted by the joint signatories of the Autonomy and Artificial Intelligence Collaboration (AAIC) Partnership Agreement.

The AAIC, which is led by the US Air Force, sees the US Navy, Army, and UK’s DSTL working to accommodate increased sharing of AI tech.

“This collaboration with AFRL and the US services is crucial to drive the very latest AI technology into military operations and innovative research in both nations,” said Todd Robinson, senior data scientist at DSTL, and head of the UK branch of the project.

“The demonstration is just the first step toward our ambition of deploying novel AI that can learn in the field into an experimental trial environment, something that hasn’t been done before and is only possible due to this collaboration.”

In July, the UK Army deployed AI in the field for the first time.

Soldiers from the 20th Armored Infantry Brigade utilized an AI system that provided them with information on the surrounding environment and terrain during a large-scale training exercise in Estonia.

Across the pond, several branches of the US military are vigorously pursuing plans to ‘AI-proof’ their operations.

In early October, the US Navy’s dedicated unmanned task force said it would be using off-the-shelf AI systems as part of its deployment plans.

Meanwhile, the Pentagon is undertaking an AI-focused initiative in the hopes of better managing its data, and the US Department of Defense is planning to splurge $1.5bn on AI over the next five years.