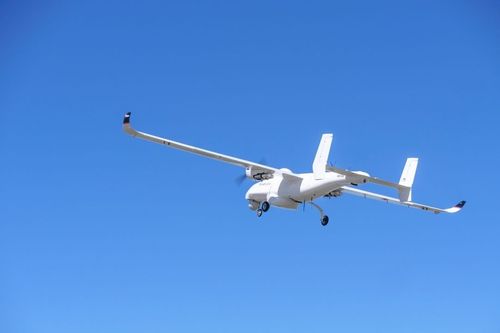 The contracts could be worth up to €30m ($35m) over four years and add a new rescue capability requirement absent in the previous contract awarded in 2018.

The remotely piloted aircraft can now drop lifeboats that can rescue up to eight people.

The craft’s onboard AI system can calculate the best time to release the lifeboat to get as close as possible to the ship or person in distress.

It can fly for more than 12 hours and carry payloads including maritime radars, synthetic aperture radars, and day and night cameras that can detect survivors.

Tekever’s lifeboat capability was only added to its drones in August. The company showed off the machines at the recent DSEI 2021 conference, with the system having seen deployment in multiple search and rescue exercises over the Atlantic Ocean.

Its systems transmit alerts to rescue coordination centers should intervention in a rescue or operation be required.

Tekever and CLS combine their work as the REACT consortium. The pair have worked with the EMSA on several drone operations since 2018 – totaling around 1,200 flight hours across almost 250 missions.

The remotely piloted flights have covered surveillance tasks including identification of polluters and illegal fishing, and fisheries control.

"When it comes to fighting illegal fishing, trafficking, or pollution, remotely piloted aircraft are an essential complementary tool to the satellite services we provide to maritime authorities," said Nadia Maaref, director of maritime security at CLS.

Aside from its EMSA contracts, Tekever is also working with the UK Home Office to monitor illegal migrants trying to cross the British Channel.