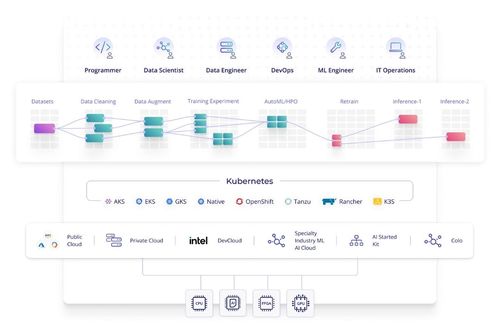 The platform, which is currently in early access, was developed using tech from cnvrg.io, the Israeli AI software startup it acquired last November.

The Metacloud is essentially a managed version of cnvrg.io’s Kubernetes-based OS for machine learning and is designed to allow data scientists to develop and deploy models at speed across any infrastructure.

“There are no special requirements. You have a Kubernetes cluster. You can connect it to cnvrg.io Metacloud. It’s that simple,” Yochay Ettun, CEO and co-founder of cnvrg.io, told CRN.

If I had $1 for every time I heard Meta

Cnvrg was founded in 2016 to create a platform designed to bridge the proverbial gap between data science and app delivery via MLOps.

Following Intel’s purchase of the Israeli firm, it’s gone on to aid in developing Metacloud – which can be integrated with most major cloud flavors, including AWS, Google Cloud, and Red Hat.

Ettun stressed that the system is hardware-agnostic, meaning it can work on systems running chips made by Intel’s rivals like Nvidia – and even ‘pre-release hardware.’

Insight Enterprises, the B2B IT provider has been among the first companies to test the platform. Such systems present “massive” opportunities for channel partners, said Juan Orlandini, chief architect at Insight.

Metacloud was revealed at Intel’s recent Innovation event – where it also unveiled six new desktop processors, including what it claims to be the “world’s best gaming processor” - the 12th Gen Intel Core i9-12900K.