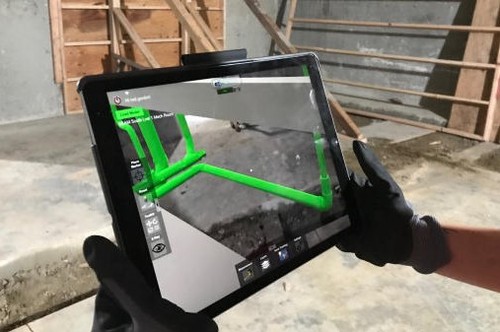 Facebook's metaverse re-brand should have looked at industrial applications and not solely gaming and video conferencing, according to Danny Lange, SVP of AI at Unity.

Speaking at the AI Summit & IoT World Silicon Valley 2021, Lange told attendees that when his team watched Mark Zuckerberg's pitch for Meta, they all agreed that this tech should be applied to "making factory floors that way."

He spoke about the idea of the ‘industrial metaverse’ – for example, applying related technologies to potentially design manufacturing sites before committing to deployments.

Lange, formerly head of machine learning at Uber, stressed that it is far safer and more sustainable to use the likes of AR and VR, as well as syntenic data, "as you don't have to build anything."

“Using synthetic data, you can not only start messing around with virtual robots, [but] you can find out whether you can actually solve your problems using robotics.”

The San Francisco-based company started out by developing video game engines, but in recent years has pivoted to 3D tools for enterprise applications, such as making digital twins.

He told attendees that the likes of Open AI and Alphabet’s DeepMind were among those using its platforms.

Lange said that a lot of Unity’s industrial customers were hoping to become more productive in a physical environment. He emphasized that his team’s tools can help achieve those production goals, adding, “we want to test if your conveyor belts are optimally laid out before they're laid out."

Just a short while after Lange spoke of Facebook’s entertainment-led re-brand, Katie Duffy, director of Facebook IQ, stressed that AI has the potential to “supercharge the future of creativity.”

Duffy, who leads the company’s insights unit, referred to industrial applications of AI, and focused on how such tech could be applied to media.

“While AI has long been used by business to create efficiency and reduce costs, an array of emerging technologies will elevate AI into an exciting and profound area.”

“Imagine a world where AI will be your new creative collaborator in all forms of expression.”

She even suggested that AI systems could feature in film credits for their use in special effects.

Duffy said that AI “may soon be shorthand for accelerated imagination.”

“In the coming years, AI will emerge from the back office and become a rich and reliable creative partner,” she added.

During his welcoming remarks, he talked attendees through Omdia’s AI Readiness Barometer, a project that tracks the AI maturity of organizations across industry verticals, company sizes, and geographies.

The first edition of the report found that over half (54 percent) of companies that undertook an Omdia AI readiness assessment did not have AI success metrics in place.

Just 11 percent of respondents admitted to having dedicated and experienced AI staff.

“We found that there was no blueprint for companies going forward” with how to deploy AI, Beccue said.

“A good solid data governance program is the Achilles’ heel of some companies on the path to becoming truly AI-ready."

Prior to his chairing duties, Beccue spoke with Max Smolaks, editor at AI Business, to discuss how to benchmark the state of AI in the enterprise.