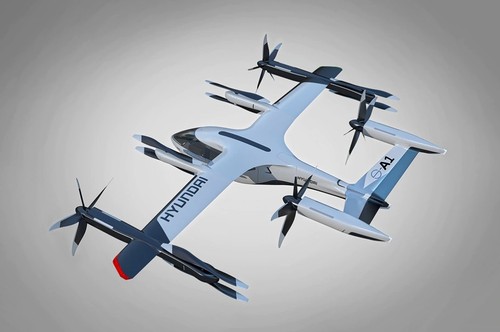 Hyundai’s charge towards autonomous air transport has gained added momentum with the launch of a new company, Supernal.

It is an evolution of the Korean giant’s Urban Air Mobility Division, and its focus is on continuing to work on the S-A1 eVTOL (electric Vertical Take-off and Landing) vehicle, which was unveiled as a concept at CES in Las Vegas last year and is earmarked for commercial service in 2028.

Supernal is using artificial intelligence extensively in the development of the SA-1, as its aim is to produce a vehicle that has autonomous capability, is electrically powered, and can accommodate four or five passengers on what are termed “urban and urban adjacent routes.”

When the SA-1 was first unveiled, Hyundai said it would prioritize passenger comfort and connectivity, with dedicated landing pads and assisting ground vehicles, and batteries that provide a decent range.

The infrastructure to support these autonomous flights is advancing swiftly; AI Business reported earlier this year on the development of an urban air hub in Coventry, the UK – a project backed by Hyundai. Supernal is also supporting the Canadian Advanced Air Mobility Consortium (CAAM) in developing a relevant framework for Canada.

Supernal believes autonomous eVTOL vehicles have the potential to revolutionize urban mobility in the decades ahead. The company released a short video advertising the assumed benefits of this new mode of transportation, which you can see below.

“Our growing team, which includes veterans of aerospace, automotive, and other deep-tech industries, is engineering sustainable vehicles that have the potential to evolve how we live, work, and play.”

And although the idea might seem incredibly futuristic at this stage, the SA-1 is closer than you think. Supernal is working towards certification with US regulatory agencies in 2024, and beyond that will utilize the Hyundai Group’s mass manufacturing capabilities to scale production.

The new company stressed it will require a functioning air mobility ecosystem to be successful. Jaiwon Shin, CEO of Supernal and president of Hyundai Motor Group, said: “We have bold ambitions at Supernal but being first to market is not one of them. We’re working to build the right product and the right integrated market.”

As part of its launch, Supernal is also establishing a bench of academic partners to conduct more research into the AAM industry’s potential.