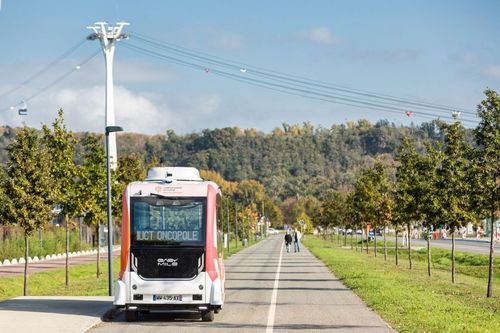 City officials in the Korean capital Seoul have approved self-driving passenger cars for the first time.

The Seoul metropolitan government announced three self-driving vehicles and one bus will be operating in Sangam-dong, a district in the west of the city, as part of a pilot program.

The vehicles are scheduled to transport passengers from the railway station in Digital Media City to nearby apartments.

Vehicles can be hailed using the app TAP! and take travelers to requested stops.

Rides are planned to be free for the first month, with AV buses costing $1 and AV cars $2.50. Private firms operating in the area have the option to reduce fares.

The city government plans to have more than 50 such vehicles driving the streets by 2026.

Among the firms to have tested in Seoul is French AV developer EasyMile, which deployed its autonomous ‘Springcar’ on the Seoul National University of Science and Technology campus earlier this year.

Away from Korea however, the startup secured a milestone in becoming one of France’s first companies to be authorized to operate at nearly full-autonomy on a public road.

France’s Ministry of Transport and Ministry of Ecological Transition approved the firm to test shuttle vehicles at the Oncopole medical campus in Toulouse, where it is based.

EasyMile has autonomous deployments in North America, the Nordics and Australia.

Elsewhere in AV news, the United Arab Emirates (UAE) has witnessed its first home-grown AV offering in the form of an autonomous 12-seater shuttle at Khalifa University.

The vehicle was deployed on campus and is entirely electric. It can also ride on roads and houses onboard sensors, Lidar sensors, and inertial measurement units.

"The autonomous vehicle at Khalifa University’s SAN Campus reflects the University’s commitment to contribute to Abu Dhabi's Vision 2030 targets towards creating a knowledge economy and making Abu Dhabi a world hub of research and development,” said Sheikh Hamed bin Zayed Al Nahyan, member of the executive council of the Emirate of Abu Dhabi.

“It also contributes towards driving innovation while creating knowledge and human capital.”