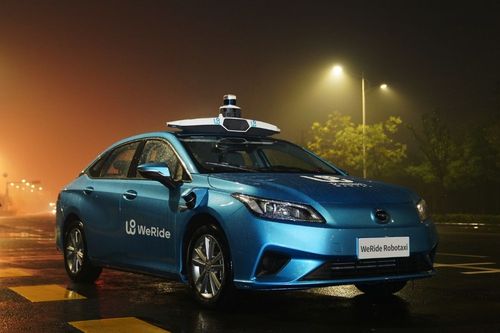 Artificial intelligence and self-driving cars are viewed as key technologies over the next 10 years, with significant differences based on the region, according to a new study presented at CES 2022 in Las Vegas on Monday.

For autonomous cars, people in the U.S. ranked self-driving cars driving second (35%) in technology of the future, according to the study conducted by Gesellschaft für Innovative Marktforschung mbH (GIM) for Robert Bosch GmbH.

The U.S. and U.K also overwhelmingly chose driving when asked if they would prefer to travel by car or be beamed to their destination.

The majority (72%) of people said technological progress is making the world a better place, according to the study of adults in China, Germany, India, the United Kingdom and the United States.

“Technology can enable people to do incredible amounts of good in the world, and this survey shows individuals recognize how advancements in tech can fundamentally change, and improve, our lives,” said Davie Sweis, business chief digital officer, Global Business Services and digital transformation lead for Bosch in North America.

In terms of the benefits expected from technological progress, making life more comfortable was the first choice by 54% globally, followed by safety (51%) and making life easier (49%).

In the U.S., 76% said technology progress should be more focused on the problems of society rather than individual needs.

Globally, 42% saw hydrogen/fuel cell technologies as the greatest potential to drive sustainability in the future.