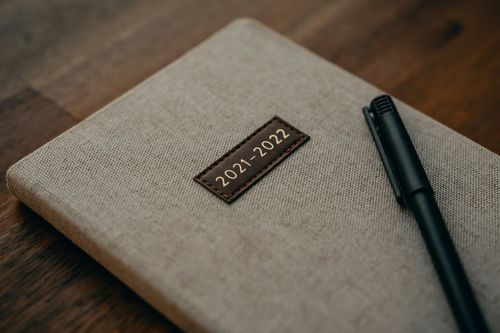 We’ve covered a lot of content here at AI Business in the past year. Some wonderful, some weird. It’s been a long 12 months.

The following is a snapshot of some of the stories from the past year. 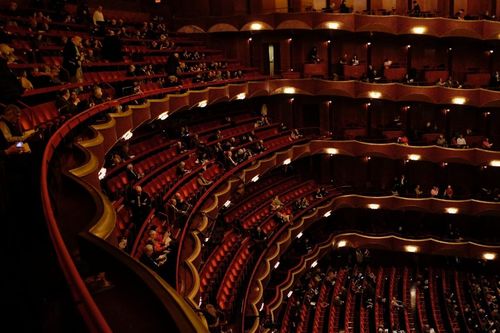 Among the highlights this year saw an away mission for the AIB team to the theatre. In the summer, we went to see ‘AI’, a production at the Young Vic theatre in London. The play was ‘written’ by GPT-3, the language model from OpenAI. Over the course of three days, writers, or "engineers" as the project's lead Jennifer Tang referred to them, input prompts into the system, with the actors adopting lines to improve the narrative and feeding further prompts to lead the story’s progression.

The system ended up writing a story about an AI system that survives an apocalyptic event and tries to remember its creator, while fending off ‘beastmen’ and protecting its child. The concept was interesting, though it made for a short play, with the prose feeling simplistic, and at times, downright nonsensical, given it produced several contradictions.

The evening resulted in about 150 theatergoers watching a handful of actors reading from a Google Doc. And while the set, which was re-purposed from the theater's last show, Changing Destiny, was impressive, the event itself was more show than tell. 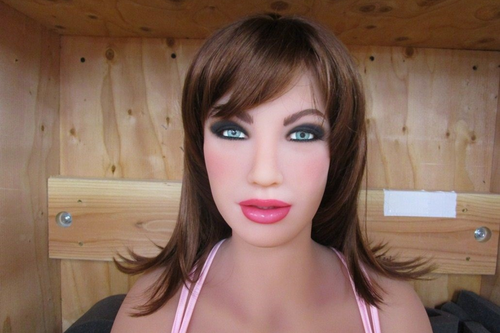 Sex and AI: How sextech pioneers are using ML to tackle bias, educate and enhance well-being

One of our more left of field pieces this year saw us looking at the world of AI and sex. Specifically, we spoke with some amazing female innovators looking to tackle bias, educate and enhance well-being using AI.

From a blockchain-enabled sharing platform and marketplace for women and creators, to smart vibrators and software, the women we spoke to are empowering as well as educating consumers through sextech via AI.

AWS’ Michelle Lee on women in AI: ‘There’s much more room for improvement’

AI Business interviewed Michelle Lee, vice president of AWS’s Machine Learning Solutions Lab and a former USPTO director, who spoke about the respective gender disparities in both AI and IP and what her team is doing to bridge that gap in the future. “We cannot afford to leave any talent behind; we need to take advantage of all our talent to create and build AI solutions to solve our world's most pressing problems,” she said.

Of all the gaming trailer hype, Battlefield 2042 arguably takes the crown for most anticipated, though the final game was a shadow of what consumers expected.

Robot dogs that bore some resemblance to Boston Dynamics’s Spot and Hololens styled headsets. It became clear that developers DICE had done their homework on what near-future military tech would look like.

The adage has been that the defense sector has deployed tech that later is incorporated into consumer grade tech. In that case, consumers are getting an early glimpse at what’s to come, and get to blow it up all the same.

The second of two gaming stories on this list. In the second half of the year, we looked at AI cheats in shooter games like Call of Duty, after players moaned and groaned throughout the year of the growing sophistication of cheaters.

Exploiters were using machine learning-based software to circumvent games in order to rapidly kill opponents from anywhere on the map. And studios were simply unable to stop the swell given the system’s sophistication.

AI Business caught up with a vigilante group who sought to catch cheaters, as well as a lawyer who explained how difficult it is for games publishers to detect these growing AI-based exploits.

The Defence and Security Equipment International (DSEI) was among the first in-person shows to return following the pandemic. AI Business made the pilgrimage to London’s Excel Center to look at some automated weapons, drones and reconnaissance vehicles, among other gadgets.

An all-electric heavy-lift drone capable of carrying a 300kg payload at a range of 30 kilometers and it can be used for military purposes, but also logistics, including ship-to-ship and ship-to-shore movements, as well as humanitarian missions.

While the T-650 won’t be ready until early 2023, it made for a spectacle upon its unveiling earlier this year.

Let’s not date chatbots: Drawing the line with AI

Michael Yang at Omdia provided navigation of the great chip shortage, Cassandra Mosshian’s take on intelligent automation acquisitions and metaverse musings from Eleftheria Kouri, are among many highlights.

While chatbots to improve interactions for lonely humans seems like a good idea, Beccue’s article navigates actual issues that arise from human-machine interactions.

“Our best remedy for fighting loneliness and finding empathy is first to acknowledge and accept that human relationships are never perfect and always messy,” he writes. “Once we do that, we should put down the phone and practice being messy in person with our fellow imperfect humans” 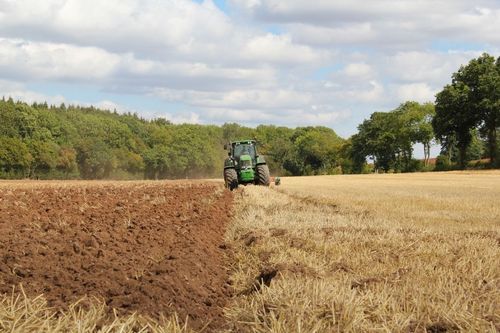 Market overview: Down on the farm, there be cause for alarm

Towards the end of 2021, we provided a focus series on AI in agriculture. We looked at object recognition in fields, robotic farmhands and automated vertical farming. But the sheer importance AI holds for farming as a whole is paramount. With ongoing labor shortages, pandemic woes and drops in migration in places like the U.K., once thriving farms are suffering. For our market overview, we outlined all the ongoing problems, and how AI can improve and augment agriculture workplaces without taking jobs.

Across our Experts in AI series, we had the chance to meet and speak with some major AI icons this year.

IBM’s Seth Dobrin was among the biggest of those interviewees. Dobrin manages the whole of IBM’s AI strategy. In December, he spoke with AI Business to outline how he approaches such a daunting task, providing an insightful conversation and expert advice.

Watch the full video below

We’d be neglecting our duties if we failed to mention Nvidia on this list.

The tech giant has gone from strength to strength in 2021, bar the process of its ongoing Arm deal.

A new AI compute module in the form of the Jetson AGX Orin. Helping build the U.K.’s most powerful supercomputer. And Fleet Command for remote AI management. Nvidia had tons of new products and announcements.

We’ve singled out Omniverse Avatars as our favorite from 2021.

A platform to generate interactive AI avatars, founder and CEO Jensen Huang was replicated as an avatar at the company’s GTC event in November.

What made this was its place in the increasing Metaverse focus, showing Nvidia among those throwing their hat into an ever-growing, augmenting reality ring.