Omdia exclusive: Quantinuum on the verge of quantum advantage breakthrough in 2023
by Jonathan Cassell
1/6/2022 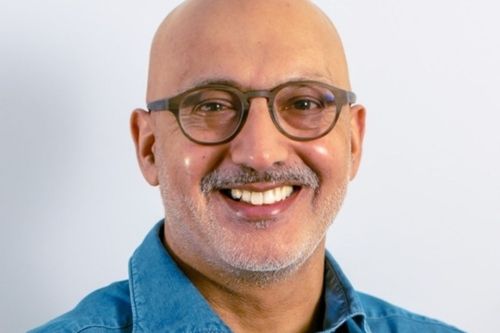 Fresh from attaining one milestone in quantum advantage, Quantinuum has set its sights on another quantum computing (QC) breakthrough: achieving quantum advantage in an element of computational chemistry.

In an exclusive interview with Omdia, Quantinuum CEO Ilyas Khan revealed his prediction that QC technology could attain this objective within the next 18 to 24 months.

“If everyone’s roadmaps come to pass…then at some point an element of computational chemistry can be done on a quantum computer so that the hybrid result is better than purely classical,” Khan said.

“A steppingstone to that point could come as quickly as 2022 in the form of enterprise level software that has not previously been available.”

Khan indicated that Quantinuum’s status as an integrated QC hardware/software supplier gives it unique insight into the potential timing of this development. Quantinuum added that a beta version of a quantum computational software package is currently in the late stages of development, suggesting that the company’s technology will play an essential role in the effort.

This achievement would meet the definition of quantum advantage, i.e., using QC to tackle a real-world problem with actual data and producing a result that’s faster and better than possible when only using classical, digital computers.

While a few claims of quantum advantage and quantum supremacy have appeared in recent years, this development could represent a practical application that leverages QC to produce results for a real-world chemistry problem, marking a major milestone for the development of the next-generation computing technology.

Khan’s disclosure comes at a momentous time for his company. Quantinuum was formed in November from the merger of Honeywell Quantum Solutions and Cambridge Quantum, to create a single source for QC hardware and software. By pulling together all the pieces required to develop quantum systems, Quantinuum aims to become a one-stop QC shop for customers.

With its capability to simulate molecules, QC is well suited for studying chemical reactions. As a result, chemistry is among the first fields reaping the benefits of QC advancements. In a major milestone, Google in mid-2020 announced it had simulated a chemical reaction for the first time using a quantum computer.

This field is encountering a major challenge in the form of the “many-body” problem, which involves the interaction of multiple microscopic particles. These interactions are extremely complex and generate massive quantities of information.

Indeed, many-body physics is regarded as one of the most demanding scientific fields in terms of computational requirements. As a result, it’s difficult or impossible for conventional classical computing to conduct precise calculations to describe such interactions.

However, because the many-body problem is inherently quantum in nature, QC holds the potential of tackling challenges related to the issue.

While Khan didn’t specify the element of computational chemistry he expects to be conducted by QC in 2023, quantum computers are expected to help resolve aspects of the many-body problem in the future. In fact, quantum pioneer Richard Feynman identified many-body dynamics as the purpose for QC—using one quantum system to simulate another.

The implications of using QC to tackle computational chemistry are far from purely academic. QC simulations are expected to spur new innovations in materials and pharmaceuticals, providing health benefits and innovative products for consumers around the world.

Khan’s comments suggest that this computational chemistry breakthrough will use a combination of QC and classical computing in a hybrid mix. This hybrid approach represents a significant area of focus for Quantinuum, and for the quantum industry as a whole.

While the use of QC to address computational chemistry challenges represents a major advance, it would not be the first instance of quantum advantage and supremacy. Quantum advantage refers to QC processing a real-world problem faster than possible on a classical computer.

In contrast, quantum supremacy is defined as the capability of QC to process any problem faster than on a classic computer—regardless of whether that problem comes from the real world and has any kind of practical application.

Google in 2019 claimed to have reached quantum supremacy, performing a task that it said a classical supercomputer would take about 10,000 years to complete. In December 2020, a group at the University of Science and Technology of China said it attained quantum advantage using its photonic quantum computer.

For organizations evaluating quantum technology and strategies, the implication of the developments at Quantinuum is clear: QC has already arrived on the scene and is starting to have significant business impacts. This is occurring despite the fact that full-scale quantum computers are not set to arrive on the scene for several years.

Today’s most advanced quantum computers remain in the nascent stage. IBM’s Eagle processor recently set a new bar with the introduction of its Eagle quantum processor, which broke the 100-quantum bit (qubit) threshold, with a total of 127 qubits. However, to build a full-scale quantum computer, as many as 1,000 to 100,000 qubits may be required. These levels are not expected to be broached for several years.

As a result, global hardware revenue in the enterprise computing market is expected to be limited in the coming years, with revenue rising to $46.8 million in 2026, up from $15 million in 2020, according to Omdia’s Enterprise Quantum Computing report. 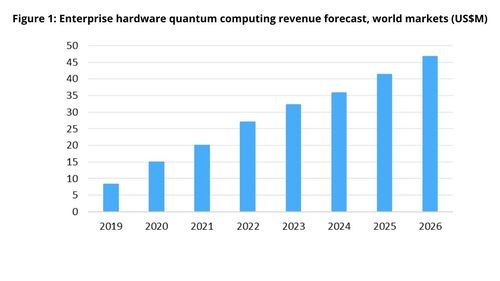 In the meantime, a massive opportunity exists to leverage hybrid classical/quantum computing to extract practical benefits from current QC systems, as demonstrated by Quantinuum.

Classical computers can augment QC in a number of ways. One major area is helping QC systems narrow down their results. QC deals in probabilities, providing a range of possible answers to a question. With their digital precision, classical computers can be used to test this range to generate specific answers.

Classical computers also can provide a form of error correction in QC. Errors are a critical issue for today’s noisy intermediate quantum systems plagued by incidents of decoherence, an event where interference from the external environment causes information loss. Solving or mitigating this issue will greatly promote the development of more powerful quantum computers.

Increasingly, the QC community is viewing quantum as another element of heterogenous computing, operating as part of a complete suite of traditional classical computing resources like central processing units (CPUs) and graphics processing units (GPUs). This approach will fuel QC’s progress in tackling demanding computing tasks, including quantum machine learning.