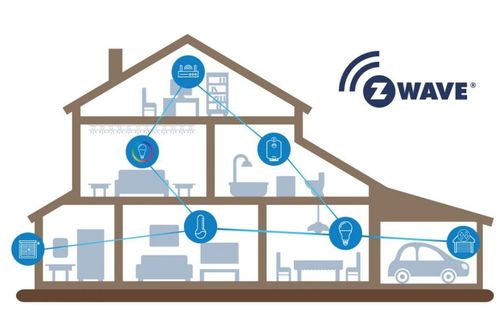 Smart security systems are the highest adopted smart home device, according to new findings from the Z-Wave Alliance.

The standards developer detailed the study in a new report that found that smart door locks, home control systems and water devices were adopted at greater numbers compared to other devices.

Z-Wave’s report found that almost all (97%) of smart home control system owners and 90% of smart security system owners have added one or more devices to their systems.

Almost half (48%) of home control system installations added on a smart video doorbell.

Self-installation was found to be the dominant means of device installation, with the majority purchasing from retailers.

Devices that were more likely to be pro-installed are those attached to control systems or requiring more involved installation.

And in terms of the professionally installed side of the market, two-thirds of those with installed smart security and smart home control systems have had their installer add more devices.

The report is “a portrait of how the Z-Wave protocol is used to answer serious challenges and how Z-Wave's maturity, reliability and interoperability converts consumers and drives market adoption," said Mitch Klein, executive director at Z-Wave Alliance.

The report was based on data collected from 1,500 U.S.-based smart home device owners.

Just 37% owned a Z-Wave device or a security system or hub with Z-Wave capability.

For those that opted to purchase Z-Wave enabled products, the most influential features included reliable connectivity, easy setup, as well as data privacy and security.

The report suggests that Z-Wave owners are "more likely than general smart home device owners to be homeowners living in single-family homes."

“They are more affluent, more likely to have children in the home, and more concentrated in ages 30-44,” it states.