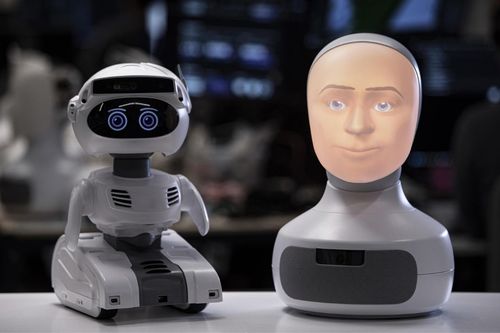 Misty was spun out of Sphero, which made Star Wars toys

The pair will now jointly work to develop social robots, with the Colorado-based startup becoming the American base of operations for Furhat.

“We have admired the work of the Misty Robotics team over the past years and their focus on developers,” said Samer Al Moubayed, CEO and co-founder of Furhat Robotics.

“To be joining forces is an exciting moment for everyone at Furhat, and for the whole social robotics industry.”

From Star Wars to Stockholm

Misty Robotics was founded in 2017 by Ian Bernstein, the co-founder of consumer robotics company Sphero that worked with the Walt Disney Company on the Sphero Star Wars BB-8 robot.

The Sphero spin-out created the Misty platform, designed to allow researchers to build and test prototypes of social robot applications.

Misty users can build apps and add personalized features, such as temperature screening assistant health companions and tools for supporting children with autism.

“We couldn’t have found a better company to join forces with than Furhat Robotics,” said Bernstein.

“We both share the vision of robots in all of our lives, robots helping with not only the dull, difficult and dangerous tasks but ones that become our companions and make technology more accessible. Samer and the entire team at Furhat are incredibly talented and I’m confident that together we will be able to greatly accelerate the field of social robotics based on the combined work of both teams.”

No financials of the deal were disclosed.

Misty leaders Bernstein and CEO Tim Enwall will join Furhat’s advisory board, and other senior team members will join the Furhat management team.