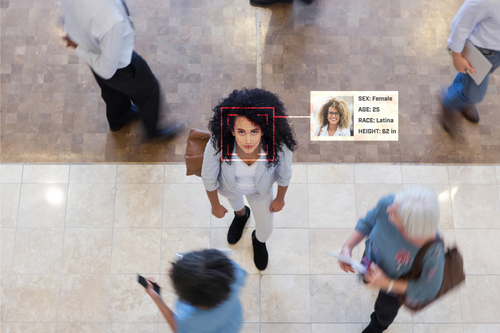 The EU’s plans to regulate artificial intelligence – which apply to any company doing business in the 27-country bloc -- are set to be delayed by more than a year, as authorities debated about whether or not to ban facial recognition technology.

Prospective EU regulations, unveiled last April by the European Commission, would class biometric identification systems as a high-risk system for privacy violations, with law enforcement barred from using such tools in public places.

Lawmakers are reportedly split over the rule, with negotiations over the issue forcing delays, Reuters reports.

MEP Dragos Tudorache told the news outlet that facial recognition was a sticking point. He said that some aspects of enforcement should be handled by the Commission, whereas the body wants national authorities to take over the responsibility.

"Facial recognition is going to be the biggest ideological discussion between the right and left," he said, adding, "I don't believe in an outright ban. For me, the solution is to put the right rules in place.”

German MEP Axel Voss is among the lawmakers who believe facial recognition tech should be allowed with appropriate safeguards in place.

The CDU politician, who was also the rapporteur of the EU’s controversial copyright regulation, called for a “centralized, hybrid” approach where the basic implementation is left to national regulators and certain applications and impact left to the Commission.

European lawmakers’ fighting over biometric rules comes after news broke of plans from controversial facial recognition startup Clearview AI to gather data to make “almost everyone in the world identifiable” within the next year.

The bloc’s proposed ‘Artificial Intelligence Act,’ would see all AI systems in the EU categorized in terms of their risk to citizens' privacy, livelihoods and rights. Any system deemed a "clear threat” to these would be banned.

The prospective regulation also stipulates that biometric identification systems would be considered high risk – meaning they would be subject to “strict obligations” before they can be put on the market, including risk assessments, high quality of the datasets, “appropriate” human oversight measures and high levels of security.

Further compounding this is a ban on law enforcement agencies from using such systems in publicly accessible spaces.

The prohibition of remote biometric identification systems does have some exemptions, such as to “search for a missing child, to prevent a specific and imminent terrorist threat or to detect, locate, identify or prosecute a perpetrator or suspect of a serious criminal offense.”

But its use is subject to authorization by a judicial or independent body and to appropriate limits in time, geographic reach and the databases searched.