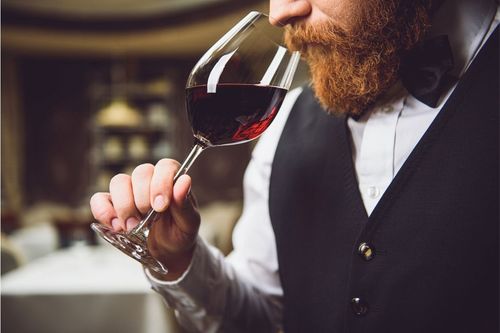 Go ahead: Guess which review was written by AI and which one by a reviewer from Decanter.

“A serious Malbec, built for the long haul. Intense, harmonious black fruit aromatics; hints of spice, savoriness and a whisper of florality, opening up with time in glass to include notes of richer black cherry and mulberries.”

“While the nose is a bit closed, the palate of this off-dry Riesling is chock full of juicy white grapefruit and tangerine flavors. It’s not a deeply concentrated wine, but it’s balanced neatly by a strike of lemon-lime acidity that lingers on the finish.”

Which one was written by a human wine critic and which by AI?

If you can’t tell, it shows how far AI natural language processing (NLP) has come.

Researchers from Dartmouth College, Indiana University Bloomington, and The Santa Fe Institute put NLP to the test in the realm of wine and beer reviews, according to a new paper published in the International Journal of Research in Marketing.

They trained their algorithm on 10 years-worth of professional wine reviews from the Wine Enthusiast magazine as well as beer reviews, according to Scientific American.

“We demonstrate that machines are capable of performing the critical marketing task of writing expert reviews directly from a fairly small amount of product attribute data (metadata),” the researchers wrote.

Their findings? There's strong support that “machines can write reviews that are indistinguishable from those written by experts.”

Does that mean human critics will soon be put out of work?

The researchers insist it will not. “We envision a workflow wherein machines take the metadata as inputs and generate a human readable review as a first draft … and thereby assist an expert reviewer in writing their review.”

So which review was written by the AI? The second review – the one that was more critical of the wine it didn’t imbibe.