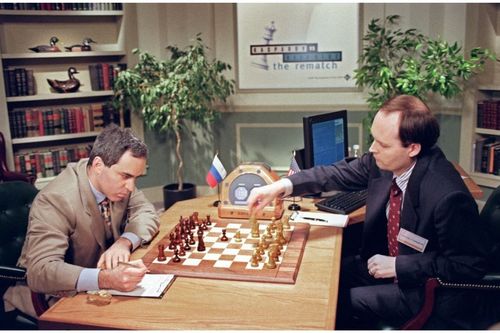 On the 35th floor of the Equitable Center in Midtown Manhattan, a high-stakes chess match with a prize of $1.1 million was being played in earnest. It was May 11, 1997.

World chess champion Garry Kasparov, to this day considered one of the greatest chess players of all time, furrowed his brow as Game 6 – the last game in this match – went on. Then, he stood up and walked away, conceding the game to his opponent: IBM supercomputer Deep Blue.

Over 9 days, man competed against the machine. The machine won.

That globally publicized event 25 years ago, the first time a computer had prevailed against a world chess champion, showcased one of the greatest accomplishments in artificial intelligence since the 1950s.

But today’s computer chess engines, with increases in computing power and programming techniques, can outplay Deep Blue. How? They are powered by AI that learns while Deep Blue had relied mainly on a programmed understanding of chess.

This watershed moment in 1997 not only cemented IBM’s status as an AI innovator, but it led to a leap forward: the Watson supercomputer, which used machine learning and natural language processing to defeat Jeopardy champions Ken Jennings and Brad Ritter in 2011. IBM's next Grand Challenge started in 2012 with the development of Project Debater, a computer that could take on expert human debaters. (See accompanying story.)

“There’s been a huge increase in the capability of AI systems since 1997,” Deep Blue co-creator Murray Campbell told AI Business. “It’s mostly driven by the rise of machine learning.”

Over the last 10 to 15 years in particular, deep learning and neural networks have driven almost all of the attention and value in AI, he said. This includes game playing programs such as DeepMind’s AlphaGo software that beat the world Go champion Lee Sedol in 2016.

The AlphaGo match has been compared to Kasparov vs. Deep Blue in significance because it broke computing records as well. Go has simple rules but many more plays than chess. After the first two moves, chess has 400 possible next moves. In Go, there are close to 130,000, according to the book, “Artificial Intelligence: Principles and Applications.”

But unlike Deep Blue, AlphaGo did not consider all possible moves. Instead, it used deep learning to focus on the best positions, according to the Go team’s David Silver, in a video. Later, the team would develop AlphaGo Zero, which trained itself, and it beat AlphaGo. Then they created AlphaZero, which can play chess, Go and Shogi. It trounced AlphaGo Zero.

No doubt, AI has made “remarkable progress,” Campbell said. “We see that every day. We see that in our smartphones and in many applications we use online, which have AI behind it. ... Much of this progress has been based on neural networks.”

Artificial neural networks mimic the brain in the way they signal to each other. They are comprised of node layers and are central to deep learning. But despite its advancements, AI is not as good as people when it comes to common sense reasoning or thinking strategically and creatively. Campbell said there remains “gaps in what these kinds of systems can do.”

According to IBM, “by fusing these two approaches, we’re building a new class of AI that will be far more powerful than the sum of its parts. … We believe these systems will usher in a new era of AI where machines can learn more like the way humans do, by connecting words with images and mastering abstract concepts.” 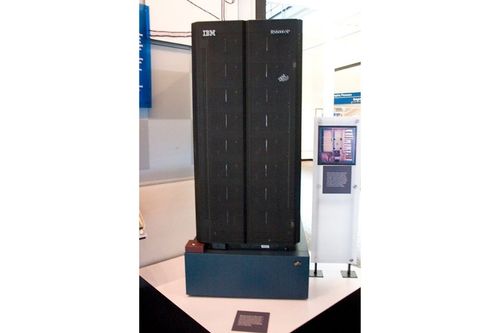 Campbell thinks that artificial general intelligence (AGI) – where computers can flexibly learn, act and think like humans – is achievable. “I don’t think, in principal, why we can’t,” he said. But he believes this “super intelligence beyond any human ability” remains decades away.

For all its advances, today’s AI systems remain “narrow,” meaning they are good for specific tasks and need to be reprogrammed for new things.

“Deep Blue only plays chess. If you change the rules even a little bit, we have to go back to the drawing board to build a new system,” Campbell said. “Similarly, present day AI systems tend to be very narrow.”

“There’s still a lot of work to be done to make AI as general as it needs to be widely useable,” he said.

However, Campbell does expect to see advances toward AGI over the next 10 years.

“The more likely path is that as AI systems become more capable, they will be able to work together with people to solve a wide variety of problems we can’t tackle now” by ourselves, he added. Examples are climate modeling and medical diagnoses. “People can’t do it all by themselves. They can use input from AI systems to help them form their decisions,” he said. 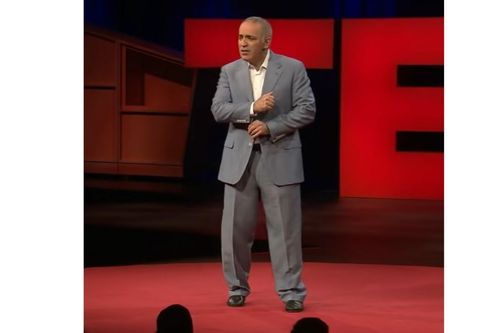 Kasparov and the IBM team

Campbell’s view is similar to that of Kasparov, who now favors collaboration between humans and AI. “While licking my wounds, I got a lot of inspiration from my battles against Deep Blue,” he said in a 2017 Ted Talk. “As the old Russian saying goes, if you can’t beat them, join them.”

Campbell recalled that back in 1997, Kasparov was “a very competitive guy. He was very upset at losing the match.” At the event, Campbell moved the physical chess pieces for Deep Blue in Game 2. (See main image: Kasparov on the left, Campbell on the right.)

Years after the match, Kasparov “realized it was probably inevitable” computers would eventually beat humans, Campbell said. Moreover, “humans and computers working together are capable of more than either one working by themselves.”

The 1997 match was actually a rematch. Kasparov first squared off against Deep Blue in 1996 in Philadelphia and won decisively in a six-game match: 4-2. A year later, IBM asked for another match-up, in New York City. In the year leading up to the second contest, the IBM team spent it enhancing Deep Blue’s capabilities.

To win against Kasparov in 1997, Deep Blue used its sheer computing power to overwhelm him: 100 million to 200 million chess moves per second. The team used a more advanced computer, more than doubled the number of chess chips, plus other enhancements.

“We doubled the size of the system, made it twice as fast, but we added a lot more knowledge about chess – what makes a good position and bad position − into special-purpose hardware so it had better judgement about chess positions,” Campbell said. “He wasn’t able to use the same tricks he used in 1996.” 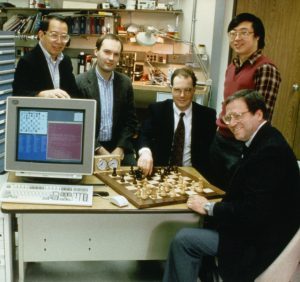 Deep Blue was retired months after the rematch. It was an IBM RS/6000 SP2 supercomputer with 30 processors and 480 identical custom chess chips in two towers, one of which is at the Smithsonian Museum in Washington, D.C.

Deep Blue got its start from Campbell and Feng-Hsiung Hsu, who were both grad students at Carnegie Mellon University in Pittsburgh, Pennsylvania. They created Deep Blue’s predecessors Deep Thought and ChipTest. Deep Thought became the first computer to beat a chess grandmaster in a regular tournament.

Campbell and Hsu later were hired by IBM, and they would be joined by IBM colleagues Joe Hoane, Jerry Brody and C.J. Tan to round out the Deep Blue team. Chess grandmaster Joel Benjamin worked with the team in 1996 and coached Deep Blue for the rematch.

The rest, as they say, is history.