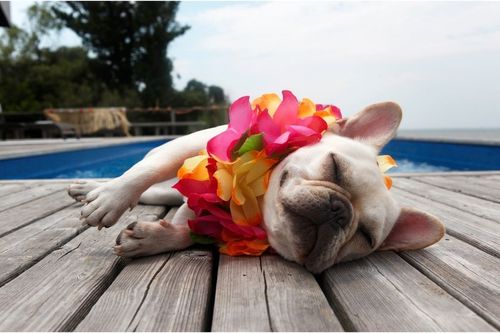 Detection technique could be applied to humans.

Researchers developed an AI algorithm to predict leptospirosis in dogs, which can cause liver disease, kidney failure and bleeding in the lungs. By diagnosing the disease early, canines can be treated for the bacterial disease that develops when dogs ingest contaminated water.

The project’s objective is to develop this technique into an online diagnostic tool for veterinarians to input data to receive a quick analysis.

“Detection also can take more than two weeks because of the need to demonstrate a rise in the level of antibodies in a blood sample. Our AI model eliminates those two roadblocks to a swift and accurate diagnosis.” said lead author Krystle Reagan, an internal medicine specialist and assistant professor researching infectious diseases.

The veterinarians and scientists at the University of California, Davis, tested several models before refining a technique that was more accurate than existing diagnostic tools. The findings are published in the Journal of Veterinary Diagnostic Investigation.

Routine blood samples from 413 dogs were used to train the AI prediction model. The following year, another 53 dogs were treated for the potential disease. The algorithm gave an accurate diagnosis for all nine dogs that had leptospirosis.

This particular disease can also be transferred to people. Researchers are hoping the detection technique can be applied to humans. Leptospirosis is hard to diagnose in humans and can potentially be fatal.

“My hope is this technology will be able to recognize cases of leptospirosis in near real time, giving clinicians and owners important information about the disease process and prognosis,” said Reagan. “As we move forward, we hope to apply AI methods to improve our ability to quickly diagnose other types of infections.”

Reagan and her team are also developing AI prediction models for antimicrobial resistant infections, a burgeoning concern for humans and animals. In the past, the researchers created an AI algorithm for Addison’s disease (a rare disorder that affects hormones) with an accuracy rate higher than 99%.

Mark Stetter, Dean of UC Davis’ School of Veterinary Medicine, said, “AI-based, clinical decision-making is going to be the future for many aspects of veterinary medicine.”