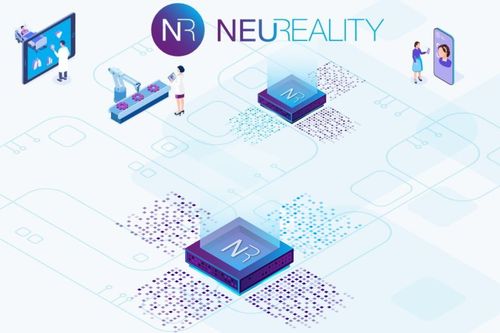 Samsung has invested in Israeli chipmaker NeuReality, which designs solutions for inference technologies such as computer vision and natural language processing.

The startup’s AI-centric inference platform, NR1-P, is an AI Server-on-Chip with 16 Dual-slot FHFL FPGA cards, which the company said is designed to provide three times greater performance per dollar or watt compared to Nvidia’s A100 chips.

The venture arm of Samsung invested an undisclosed amount – with NeuReality having raised just $8 million to date, from a seed fund that took place last year.

Samsung’s decision to back the small Israeli company is due to a “substantial and immediate need” for improved efficiency and inference solutions for data centers and on-premises use cases, according to Ori Kirshner, head of Samsung Ventures in Israel.

NeuReality’s “innovative disaggregation, data movement and processing technologies improve computation flows, compute storage flows, and in-storage compute - all of which are critical for the ability to adopt and grow AI solutions,” Kirshner said.

Samsung Ventures’ NeuReality investment comes as part of its plan to invest $350 billion in areas related to data centers, chip design and AI by 2026.

This year, Samsung Electronics surpassed Intel as the world’s largest chipmaker by revenue, according to a Gartner report.

NeuReality was founded in 2018 but only emerged from stealth last year. Its backers include Cardumen Capital, OurCrowd and Varana Capital.

"The investment from Samsung Ventures is a big vote of confidence in NeuReality’s technology,” said NeuReality CEO and co-founder Moshe Tanach. “The funds will help us take the company to the next level and take our NR1 SoC to production.”

Tanach previously spent time at Intel, as the director of wireless product lines. He was also assistant vice president for research and development at DesignArt Networks, which was later acquired by Qualcomm.

The Israeli company is also collaborating with AMD to deliver AI-centric FPGA-based platforms for Inference acceleration.

NeuReality employs more than 30 staff but plans to double its size with a focus on chip design, AI and hardware.