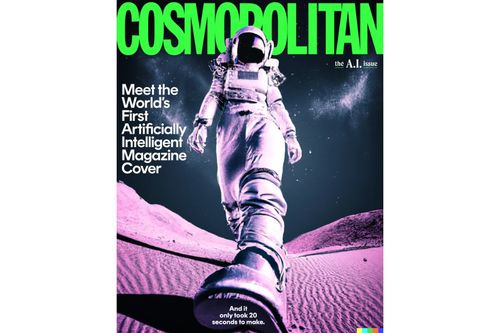 AI has created the world’s first magazine cover image – for a special report on artificial intelligence by lifestyle magazine Cosmopolitan.

Cosmo editors collaborated with OpenAI, whose revolutionary DALL-E 2 AI created the image, and digital artist, Karen X. Cheng. OpenAI is considered as one of the world’s leading AI research labs along with Google’s DeepMind. It was co-founded by Tesla CEO Elon Musk, former Y Combinator President Sam Altman and other notables, and backed by Microsoft.

DALL-E 2 generates original compositive AI images based on text prompts from the user. The prompt for the cover was “wide-angle shot from below of a female astronaut with an athletic feminine body walking with swagger toward camera on Mars in an infinite universe, synthwave digital art.”

In another example, the text input “Darth Vader on a Cosmopolitan magazine cover” displayed feminine Darth Vader images including one wearing a trendy black gown and a bright-pink mouth on its stomach. 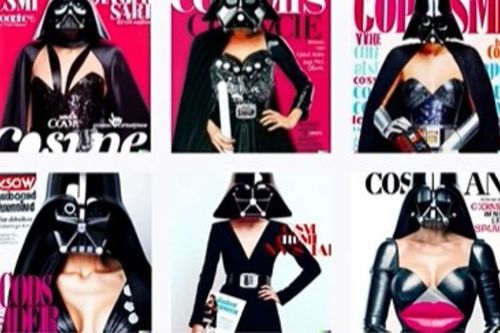 DALL-E 2 algorithms were trained to recognize entities and how they can be associated with each other by evaluating images and captions.

The technology prioritizes artistic expression over language so text on the images is scrambled. The computer model also intentionally warps human features to deter the images from being used for pornography or deepfakes. The developers want to avoid the anthropomorphizing of the graphics.

While DALL-E is still in its preview phase, the developers are evaluating user behavior to keep the technology from being misused. Eventually, the developers plan on monetizing the software.

The cover image was generated in 20 seconds and finalized within 24 hours, involving human interaction to lay out the text and adjust the proportions within the print cover. Also, DALL-E’s upcoming “outpointing” feature lets people “extend DALL-E’s images … and allows DALL-E to imagine the world beyond their borders.”

Other similar AI models are quickly being released to the public. Google has released Imagen and Midjourney, which was used to create an AI-generated inset image for the cover of The Economist.