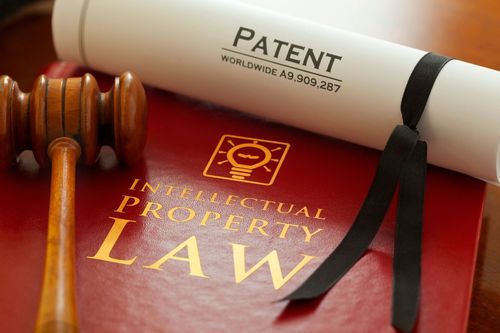 Failure to act will risk US falling behind in AI race

The U.S. Chamber of Commerce is calling on legislators to modernize intellectual property laws if it wants the nation to be a global AI leader.

Inventors will be more encouraged to innovate if their inventions are protected by law. While the current patent system has worked well, it is not well equipped to handle new issues − such as whether an invention by an AI, not a human, is patentable.

Moreover, the section of U.S. patent laws that addresses what can be patented – Section 101 − has not been updated by Congress since 1793, according to the business organization.

“To say that the patent system … needs to modernize is an understatement. It is absolutely crucial, and it is a matter of immediate national security,” said Andrei Iancu, former U.S. Under Secretary of Commerce for IP, at a recent Chamber of Commerce hearing on AI.

In a bid to modernize American IP and ensure lead in AI, the Chamber of Commerce published a series of recommendations.

Without such reforms that make it easier for skilled workers to come to the U.S., "by the end of the decade the transition of the AI education and research power base to China and India [will] be complete,” he said. “And it's going to be hard if not impossible to overcome.”

U.S. Chamber of Commerce CEO Suzanne Clark said her organization is ready to act. “You can count on us to not just produce a white paper but to really turn it into action, into work.”

According to Iancu, two key areas need to be addressed: Should AI algorithms be patentable? And should an AI algorithm that innovates and creates new things be allowed to hold a patent?

The Chamber urges reform of Section 101 of the U.S. Patent Act. For several years, Section 101 reforms have been on the cards but have never come to fruition.

Christian Hannon, a patent attorney at the U.S. Patent and Trademark Office, said the agency is working to understand IP rights regarding AI.

This week, Sen. Thom Tillis (R-NC), who chairs the Senate Judiciary Subcommittee on IP, introduced a bill that would redress patent eligibility on “important inventions.”

In a statement, Tillis blamed a series of Supreme Court decisions that made patent eligibility in the U.S. “confused, constricted and unclear. This has led to inconsistent case decisions, uncertainty in innovation and investment communities and unpredictable business outcomes.”

He said his bill would "resolve legitimate concerns over the patenting of mere ideas, the mere discovery of what already exists in nature, and social and cultural content that everyone agrees is beyond the scope of the patent system.”

Tillis's bill would enforce the idea that mathematical formulas and non-technological, natural processes cannot be patented. Patents for processes "embodied in a machine or manufacture" would be allowed.

The legislation would also force courts to determine patent eligibility by "considering the claimed invention as a whole."

The vast majority of patentability issues in the U.S. have been decided by the courts, not Congress. Arguably the case with the most importance to the AI community is the one involving DABUS (Device for Autonomous Bootstrapping of Unified Sentience).

The DABUS case revolves around the question whether an invention by the AI system developed by engineer and entrepreneur Stephen Thaler can be patented.

Last summer, the USPTO published a formal refusal to the patent application – joining the view of regulators in the U.K. and elsewhere in Europe − that “only natural persons” can obtain patent protection.

Thaler challenged the USPTO's decision in a U.S. court and lost. Last week, a higher U.S. court affirmed the lower court's decision, with the judges writing that "we, too, conclude that the Patent Act requires an 'inventor' to be a natural person and, therefore, affirm."

Last year, DABUS did obtain patent protection in South Africa – becoming the first AI system in the world to be named as an inventor on a patent. In August 2021, the country’s Companies and Intellectual Property Commission (CIPC) awarded the system inventorship.

However, CIPC does not have a literal definition of an inventor in its patent laws. Further, the jurisdiction lacks substantive examination – meaning compliance with formal requirements such as noting the inventor would effectively put a request in good stead.

This article was updated to reflect the U.S. appellate court's decision on DABUS.