Pandas are universally cute. Now AI can tell them apart.
by Helen Hwang
8/5/2022 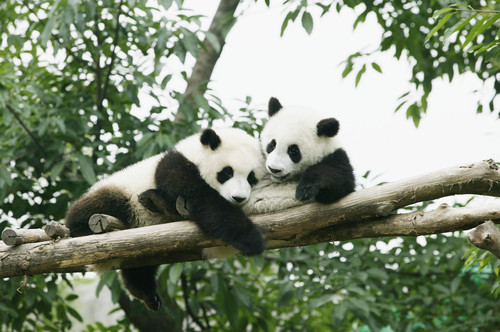 Chubby jowls, black and white fur with adorable, rounded black ears are typical of pandas, arguably one of the cutest mammals on earth.

But their lack of distinguishing features makes it tough for conservationists and fans to differentiate among them, hampering efforts to keep track of them.

Now, an AI model is solving that problem, according to NBC News. Developed by the Chengdu Research Base of Giant Panda Breeding in China, the model lets researchers better monitor this vulnerable species, once classified as endangered, and in different environments.

Recognized as the national symbol of China, pandas can be difficult to distinguish due to the ubiquitous black-and-white markings and lack of facial expressions. Facial recognition technology used on humans, chimpanzees, and other animals are not as effective on pandas.

But the AI model Chengdu scientists developed lets them better spot small differences among pandas, which helps in conservation efforts. The model is trained on a database of videos and images of giant pandas that has been steadily expanding. The Chengdu research station already houses 10 terabytes of videos and 200,000 images of over 600 pandas.

Currently, there are 1,800 pandas in the wild and 600 in captivity, all of which can be tracked with more accuracy using AI.

Pandas have plenty of fans rooting for them: nearly 70 million mostly from the U.S., Japan and the U.K. They have a big following despite not being too active: The animals spend most of their time sleeping, eating bamboo, and living by themselves in large forests.