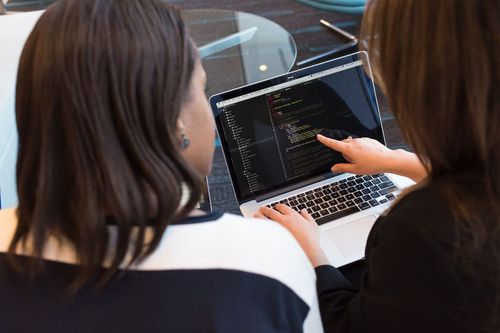 The gender gap in the AI industry risks fostering an economic and technological system with a massive underrepresentation of women, UNESCO’s Gabriela I. Ramos Patiño.

In an article posted on the World Economic Forum blog, the UNESCO assistant director-general for the social and human sciences suggested that the gender gap in AI is “self-perpetuating.”

She warned that the disparity in the number of women versus men in Industry 4.0 “exacerbates the lack of entry points for women into tech.”

“This huge inequity is a problem that has seen no improvement over the past decade, with the share of female AI and computer science PhDs stuck at 20%,” Patiño said.

A 2021 Deloitte study found that women make up just 26% of the AI workforce in the U.S. According to Patiño, the disparity has increased further due to the pandemic. She referred to TrustRadius’s report, which found women are twice as likely as men to have lost their jobs and 42% of women in tech say they took on most of the household work during the pandemic.

Patiño also cited recent World Economic Forum research that states the percentage of male graduates in IT is nearly five times higher than women graduates (8.2% versus 1.7%).

“These numbers are an affront to key principles of diversity and inclusion. But the lack of female participation in this sector is also a detriment for the industry as a whole, which becomes more effective the more gender-diverse it is,” she added.

Bridge the gender gap in AI

Education and employment systems are perpetuating the problem, according to Patiño.

“The lack of gender diversity in the workforce, the gender disparities in STEM education and the failure to contend with the uneven distribution of power and leadership in the AI sector are very concerning, as are gender biases in data sets and coded in AI algorithm products,” she said.

Companies including Microsoft have unveiled plans to try and use AI more ethically through steps like increased human oversight. But a recent Appen report found that of the 97% of companies that believe human oversight in AI evaluation is important, 40% admitted it is their least funded to the final stage of an AI model's lifecycle.

In her piece, Patiño threw down the gauntlet on the choice between “progress and replicating the physical world’s inequalities and discrimination in the digital world.”

Her team at UNESCO is working on the development of two tools — a readiness assessment methodology and an ethical impact assessment – designed to ensure AI is used to advance the rights of all individuals, including women and girls.

“Even though digital technology will become more widely available in the market, the digital gender gap has always existed and will continue to exist unless we change the gendered social norms,” said Patiño.

“We cannot wait another 132 years to close the global gender gap… It is now the time for governments and international organizations to catch up to the rapidly expanding industry, especially now with the tools provided by UNESCO to bridge the gender gap in AI.”

Patiño’s comments echo those made by former U.S. Patent Office director Michelle Lee. In an interview with AI Business last summer, Lee, now VP of AWS’s Machine Learning Solutions Lab, warned that no talent should be left behind.