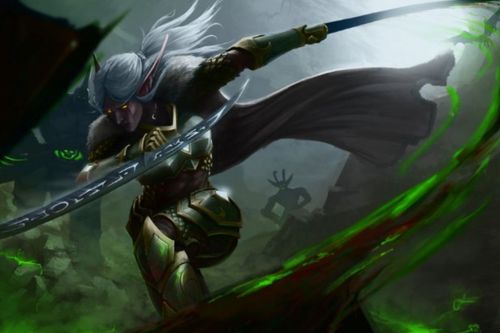 User-generated content sites such as Newgrounds and Fur Affinity have banned AI-generated art on their platforms.

Newgrounds, where internet users post art, games and movies, changed its rules to "keep the focus on art made by people and not have the Art Portal flooded with computer-generated art.”

Newground's rule change does include some instances where AI can be used, such as using AI-generated backgrounds for a work showcasing a character. However, users would have to note any elements where AI was used.

A similar rule change was made by the team behind Fur Affinity, one of the largest online communities posting furry-related art and content.

“AI and machine learning applications sample other artists' work to create content. That content generated can reference hundreds, even thousands of pieces of work from other artists to create derivative images,” the rule change reads.

Other sites that have made similar moves include Inkblot Art, which said it would be removing all AI content from its site.

These sites are among the first on the internet to move against AI-generated content.

AI-powered models including Stable Diffusion, DALL-E and Midjourney are capable of generating images based on text prompts.

In recent weeks, experiments involving these tools have increasingly come to the forefront of the mainstream media’s attention, based in part because of their ease of use. Using a platform, users can simply type in a request and the model will generate a set of images in response.

Notable cases include a generated cover for the magazine Cosmopolitan by DALL-E and a Midjourney-made piece that won an art prize at the Colorado State Fair.

There’s even now a marketplace that sells image prompts for AI models.

Inkblot suggested such content violates its copyright rules, as AI-generated art is trained on "the art of other."

The legalities of AI-generated works have not yet been clarified by courts of intellectual property governing bodies such as the World Intellectual Property Organization (WIPO). Notably, WIPO hosted a summit in London in 2019 that covered the area of IP and AI. There, former WIPO director Francis Gurry said there is no value in attributing ownership rights to AI.

To date, the majority of legal action around AI has been related to patent rights, notably, the DABUS case. Standing for Device for Autonomous Bootstrapping of Unified Sentience, the DABUS case revolves around the question whether an invention by the AI system developed by engineer and entrepreneur Stephen Thaler can be patented.

Other groups have bemoaned AI-generated content for ruining the sanctity and integrity of the art.

But while sites such as Newground have made their move, it remains to be seen how the largest of the online art platforms react. So far, the likes of DeviantArt and ArtStation have yet to make such changes.