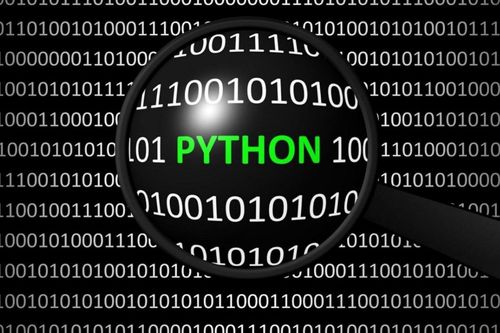 The author  is a technology analyst with subject matter expertise in cloud computing, application development, open source software, virtualization, containers and more. His book, "For Fun and Profit: A History of the Free and Open Source Software Revolution," was published by MIT Press.

What's the most important programming language to learn in 2022? That's an open question, but one way to answer it is to look at languages that are currently trending.

Some of them are well-established coding languages that have long been popular. Others are newer languages that are just now entering their heyday. Either way, they're languages worth familiarizing yourself with.

Here's a roundup of what are arguably the trendiest programming languages in 2022.

1. Python: When talking about hot programming languages in 2022, the list must start with Python. Probably no language is having a better year than Python, which recently slid into first place to become the most popular language of all. You could argue that Python doesn't quite deserve that status, but the fact is that it enjoys it. 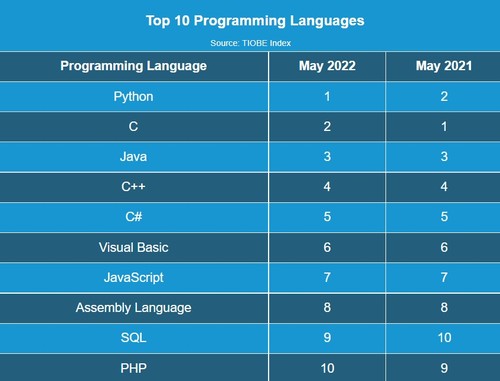 2. Go: Go (or Golang, as it's formally known) has long been a 'cool' programming language — partly because it traces its roots to Google (which is a hotbed of coolness, technologically speaking) and partly because it's fast to write, fast to compile, and fast to run.

3. OPA: Open Policy Agent, or OPA, isn't technically a programming language. It's a policy language that lets you define resources using code. That makes it a hot language, however, in a world increasingly obsessed with doing "everything as code."

4. Swift: If you develop anything for the world of Apple — whether on macOS, iOS, or any other *OS platform — Swift is a language you absolutely need to know today. It's also a relatively easy language to code in, by many accounts.

5. C: C, which turns 50 this year, may be old, but it remains as relevant as ever and is still a hot programming language in 2022. It's messy, it's fast, and it's essential for a wide variety of programming tasks.

6. Java: It's arguably hard to get excited about Java — a language that is tedious to code in and whose code is relatively slow. But the fact is that Java has been the most popular programming language for years, and tons of stuff are still written in it. Whether you actually enjoy coding in Java or not, it remains an important language as of 2022.

7. JavaScript: JavaScript is not the same as Java, but they're similar in that tons of stuff are written in JavaScript, too. If you are creating web apps in particular, JavaScript is probably the most important language for you to learn today.

This article first appeared in our sister publication, ITPro Today.