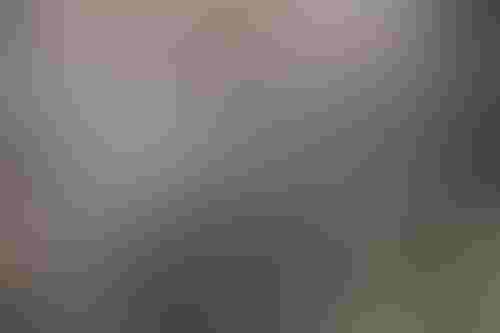 I’ve never played a game where I could do or say anything.

Some games force a completely linear narrative, others give the appearance of choice – but, at the end of the day, the number of options is always limited.

What if it didn’t have to be this way? One startup is experimenting with what happens if you take one the most advanced artificial intelligence models in the world and use it to build a game.

The group, launched by Elon Musk and some of the Valley’s biggest tech luminaries, hyped up the unsupervised transformer language model as ‘too dangerous’ to be released.

The reality wasn’t so extreme, but the system certainly impressed with its ability to generate almost-meaningful text on virtually any subject. For some, it was a research benchmark.

For others, a warning of a future where fake news and Twitter bots could become significantly harder to spot. But Nick Walton saw something else.

Walton, who worked for a number of self-driving car companies, began to wonder whether this could be used to make a game.

It began as a small, buggy experiment that was hard to play, and still proved relatively popular. So Walton refined it, feeding the system a bunch of text adventures to fine-tune it.

After finishing his degree in Computer Science, he had an offer to return to the automotive ‘unicorn’ Aurora Innovation to continue his work on autonomous systems.

“But I had this kind of a once-in-a-lifetime opportunity,” Walton said.

“So I jumped on the chance to continue making awesome AI-powered games. AI Dungeon is the first version that we can kind of build off of.”

A limited game with a cool concept

The result is a text-based game that asks you to choose a genre (fantasy, mystery, zombies, etc), a character (noble, princess, knight, etc), a name, and then… well, anything can happen.

You literally can say or do anything, and the system will try to understand what you said and react to it – meaning every playthrough is completely unique.

“It’s just so cool that every time I start a new game the story will be completely different from anything I’ve had before.”

The game is limited, of course. Sometimes it doesn’t quite understand what you want to do or gets confused if you intentionally do something that doesn’t make sense in a scenario.

“It’s almost like a really good improv partner,” Walton said. “It will go along with what you say, but if you go too crazy or don’t go along with anything, it doesn’t work as well.”

It also has memory issues – pick up a weapon, and several interactions later it might have forgotten about it.

“There are definitely a lot of things to improve on AI Dungeon,” Walton admitted, but noted the average player uses the game for 45-50 actions per play.

While the GPT-2 version is free, a subscription version of the game is available, built on OpenAI’s shiny new GPT-3, which contains 175 billion parameters, some two orders of magnitude larger than the 1.5 billion parameters in GPT-2.

It’s still early days, but AI Dungeon is hoping for a similar jump in accuracy and ability.

The scale, and the very nature of a game where every play is unique, makes for some pretty interesting game development challenges.

How do you accurately test such a title?

Beyond trying it yourself and watching whether player engagement drops with an update, it is essentially impossible to accurately test AI Dungeon.

Guardrails exist to stop the system from being vulgar or offensive on its own, but if the player introduces such language, it can enter the narrative.

Such concerns are also why Walton and his company, Latitude, are hesitant to have the system train on live player interactions.

“In the long term, we will find a way to make it learn online, but there are issues where, like, within 24 hours some 4Chan group comes in and corrupts it, and they have to shut it down,” he said.

The most computationally expensive game in history

The inherent unpredictability is also why Walton doesn’t see a game like AI Dungeon supported by big publishers or tech companies.

They have brands to protect, and journalists are always looking for scandal. “Whereas we’re the scrappy new thing making crazy new technology, so people don’t really care nearly as much,” he said.

Walton hopes to be able to shift from text to 3D images as soon as possible, but for now, “text is the easiest starting point and no matter what game you create, it’s still a fundamental building block. So figuring out how to use that building block first will be really valuable when you get to these other pieces.”

Even being limited to text, the GPT-3 version of AI Dungeon can be considered “the most computationally expensive game in the history of the world – there’s no game with a higher minimum spec, because you could not run this on consumer hardware, you need this massive deep learning GPU cluster to run this.”

Scaling this up will require huge advances in the computational efficiency of the algorithms, which Walton says are already happening at a rate faster than Moore’s Law.

When that does finally happen, though, “we see this as the rebirth of gaming,” he said.

“It’s just so different. It’s like the difference between designing a car, where you can use all this math and engineering and figure out exactly how every piece will work together, and growing a tree, where you can’t plan exactly where it will go – you just have to nourish certain directions, or trim it.”

A long way away from Nat 20

That speed of change in AI will also lead to interesting questions around development cycles, with many AAA titles taking 3-5 years to make.

In that time frame, AI models may have advanced several orders of magnitude.

“I think that rather than hundreds of developers handcrafting all the little pieces, you’ll have a few humans who can direct the overarching game structure and lore, and how the world is set up, and how things work,” Walton said.

“And then the AI can fill in all the little details, and figure out what happens if you say this, and what might pop up there. So I think it will really enable small teams to be able to do cool things that they wouldn’t have been able to otherwise.”