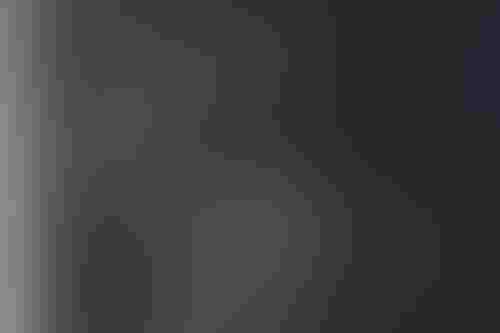 The system generates code “at an unprecedented scale” using transformer-based language models. AlphaCode contains 41.4 billion parameters and was trained on various programming languages including Python, JavaScript and Rust from public repositories on GitHub.

Writing code with AI is not a new concept. Last  year, Microsoft's GitHub and OpenAI launched a technical preview of Copilot, an AI-based tool capable of auto-completing code snippets.

But this latest news saw the AI system outrank more than half of competitors in coding contests.

Ten simulated contests with more than 5,000 participants saw AlphaCode rank in the top 54%, but these results are set to be improved, according to DeepMind.

The firm plans to expand the tool, leading to potentially “exciting ideas that could help programmers improve their productivity and open up the field to people who do not currently write code.”

“We will continue this exploration, and hope that further research will result in tools to enhance programming and bring us closer to a problem-solving AI,” DeepMind said in a detailed post unveiling the system.

“I can safely say the results of AlphaCode exceeded my expectations,” Codeforces founder Mike Mirzayanov said.

“I was skeptical because even in simple competitive problems it is often required not only to implement the algorithm but also (and this is the most difficult part) to invent it. AlphaCode managed to perform at the level of a promising new competitor.”

AlphaCode’s dataset of competitive programming problems has been published onto GitHub under an Apache-2.0 License, which includes tests that DeepMind suggests “ensure the programs that pass these tests are correct.”

“We hope this benchmark will lead to further innovations in problem solving and code generation,” the company said.

Analysts’ views: ‘Let’s not get carried away’

“And within those highly specialized areas, Omdia expects to see significant monetization of services. Some of those are already taking shape with emerging tools like GitHub Copilot and OpenAI Codex. Will they replace developers in the near or even nearing future? Of course not. If anything, they serve two very important services.

“First, they can help developers more rapidly create better, more manageable, secure, and reliable code, a feat, it should be noted, that wouldn't be possible without the millions of human developers who have written the code that fuels AlphaCode and others. Second, and most importantly, these tools can teach us how to think more deeply about the tasks they endeavor to solve.”

Shimmin continued, “As we are now seeing within the highly specialized domain of professional chess, the ‘machine’ way of thinking about the game has enabled humans to take a leap forward, breaking free of earlier suppositions about what it means to play ‘classical’ chess. If AlphaCode can likewise teach us how to write better software, then it will have done far more for humanity than is hinted at by winning a few coding challenges.”

“We’re kind of in the same position as people were when writing was invented,” he said./ “The consequences are totally unpredictable. Those people were probably thinking ‘ok, now we can write down shopping lists.’ They had no idea of the implications.

“However, maybe we shouldn’t get too carried away. There are many basic things that will remain human. There’s no robot sophisticated enough to go into your house and make a cup of tea. I imagine that’s likely to remain the case for a long time because it’s a very difficult problem which humans happen to find very easy.”

And it wasn’t just industry analysts with a critical view of AlphaCode. Describing it as a “promising technology yet to find its ideal use,” Neil Parker, general manager of EMEA at Chinese intelligent automation startup Laiye, said, “For artificial intelligence to benefit businesses, we must first look into how it can automate processes and bolster complex decisions.

“Only then will business leaders be ready to entrust critical thinking, as opposed to basic admin tasks, to automation. For example, chatbots need to evolve from the annoying tech of old. We need AI to help users get what they want without the familiar long waiting times and dreary dialogue.

Gopher can perform tasks such as reading comprehension and answer questions, boasting 280 billion parameters, meaning it is larger than the newly release AlphaCode, as well as OpenAI’s GPT-3, but is dwarfed by Microsoft and Nivida’s Megatron and WuDao 2.0.

While it is released some impressive models, the Alphabet subsidiary has found things tough, recording its first-ever profit only last year, two years after it lost half a billion dollars.

The company secured a pre-tax profit of $62 million in October. However, the vast majority was derived from applying its technology to commercial Alphabet projects, like improving the ‘estimated arrival times’ of Google’s Maps service.