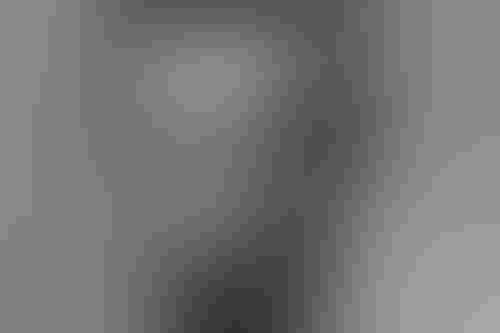 The world’s second most valuable public company wants to resurrect the dead, bring fictional characters to life, and give personalities to inanimate corporations – well, at least in chatbot form.

Microsoft has patented the concept of harvesting data including social media output and biometrics to create chatbots that pretend to be real-life characters.

It does not have the ability to do this at the moment, but the company has decided to protect the idea, suggesting at least some related research is currently underway.

For all you know, I could be a bot

The chatbot "may correspond to a past or present entity (or a version thereof), such as a friend, a relative, an acquaintance, a celebrity, a fictional character, a historical figure, a random entity, etc.," the patent states.

"The specific person may also correspond to oneself (e.g., the user creating/training the chat bot)."

To construct this pseudo-person, Microsoft would use data from social media, including comments, likes, ratings, and display habits. I could also use music data, transaction data, age, employment, gender, income, and numerous other data points.

When emulating a public figure, it could turn to Wikipedia articles, biographies, news articles, and videos. Microsoft also states the company may use podcasts (so AI Business editor Max Smolaks may one day find his rants recreated in chatbot form).

The bot may take form outside a basic text messaging platform. It could be rendered as a 2D image, or a 3D model. It could also have a voice, trained on the recordings on the person it is meant to replicate, or based on how a fictional character is thought to sound. For real people, the audio could be harvested from IoT devices and smart home hubs, Microsoft noted.

When the patent was discovered, much of the media focused on the aspect of emulating dead friends and relatives. Many pointed to similarities with an episode of dystopian sci-fi series Black Mirror called 'Be Right Back,' in which a character purchased an AI-based version of her dead lover, only to suffer more distress.

But Microsoft's ambitions are likely to extend beyond eldritch services for the bereaved. A significant proportion of the patent, as well as Microsoft’s overall chatbot efforts, focuses on the monetization of communication. This could see fictional characters or famous figures of the past – with the patent referencing Abraham Lincoln – enlisted to provide customer service, or sell products and services.

Microsoft has pursued this strategy in China, developing a chatbot meant to represent a teenager who talked to users about their problems, and occasionally recommended they go to sponsored music gigs. 'Xiaoice' was later made 18.

Last year, Microsoft spun off the chatbot as an independent business, but it retained a stake in the company and continues to share technology. Xiaoice has more than 660m users, primarily across Asia, some of whom have spent hours at a time talking to the girl bot.

Some of the company’s chatbot projects have been less successful. In 2016, Microsoft launched Tay – also modeled to represent a young woman – as a Twitter experiment that was meant to converse with, and learn from, the platform’s users. It was tricked into parroting white supremacist propaganda, expressed support for Hitler, and was promptly shut down.

Microsoft’s Cortana personal assistant, the company’s answer to Siri, Alexa, and Google Assistant, has proved less controversial. The platform, once again designed to be ‘female’ by default, is based on a character in the Halo video game series, an intellectual property owned by Microsoft.

While Cortana is integrated into ubiquitous Microsoft platforms such as Windows 10, its actual user base is unclear. In 2019, the company removed the Cortana app from iOS and Android in several countries, including the UK, India, China, and Canada. It has since tried to reinvent Cortana as a business-focused assistant as part of the Microsoft 365 productivity suite.