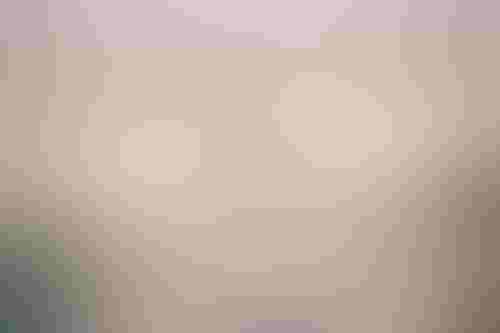 Advances in artificial intelligence technology and satellite imagery mean we could soon know the number of trees growing on the planet.

Researchers were able to use convolutional neural networks to count some 1.8 billion trees across the western Sahara and Sahel regions of West Africa, providing unparalleled insight into a flora that is crucial to local environments and the wider struggle against climate change.

Despite technological progress, we have a surprisingly poor understanding of how many trees cover the Earth. Estimations based on early satellite data put the figure at around 400 billion, becoming the commonly accepted statistic for decades.

But in 2015, a study found that the estimate was way off – and the number was likely closer to three trillion. To arrive at this conclusion, researchers had to count the trees across 430,000 forest plots, and use statistical regression models to estimate tree density between the sites, making predictions based on vegetation type and climate.

Even the revised estimate comes with a huge margin of error – especially in drylands, where there aren't many field measurements to feed the models.

Now, researchers have found a new way to count trees more accurately, in particular picking up vegetation outside of traditional forests. The international team, which includes NASA scientists, started with a 1.3 million square kilometer stretch of land in West Africa.

The semi-arid region, previously thought to be too dry to support large plants, was actually surprisingly full of life. In the paper An unexpectedly large count of trees in the West African Sahara and Sahel, the researchers detail how they found 1.8 billion trees in the area, much more than expected.

To achieve this, the group trained a convolutional neural network model with 89,899 manually delineated tree crowns on 0.5m-resolution satellite imagery across a wide range of environmental conditions.

The crowns had to have a normalized difference vegetation index (NDVI) - that is, display the spectral reflectance of living plant matter – and have a shadow, to indicate they are trees, not shrubs.

The model was then fed more than 50,000 multi spectral images from the QuickBird-2, GeoEye-1, WorldView-2 and WorldView-3 satellites.

"We used state-of-the-art methods from the field of deep learning, to automatically segment the tree crowns – that is, to detect tree crowns in the input images," the paper stated. "The segmented areas were then converted to polygons for counting the trees and measuring their crown size."

The researchers noted that the model was still likely missing trees. It did not count those with a crown size of less than 3m, struggled when trees were clumped closely together, and it could not count small trees that grew beneath larger ones.

This means that the study likely underestimated the number of trees in the region, despite finding far more trees than previous attempts.

All the trees in the world

The project is the first in a series that hopes to map all the trees in the world, to help understand how much carbon they store. Such understanding is crucial in the fight against climate change, and for predicting how individual regions will be impacted by rising temperatures.

Scientists argue that simply planting trees is not the panacea many hope it could be. Haphazard tree planting can destroy local environments, and it can take decades to grow forests large enough to absorb meaningful amounts of carbon.

Planting a trillion trees would not stop climate change, with emission reduction seen as a much more important goal. Despite all the planting efforts, the planet is estimated to be losing around 10bn trees a year – although, again, that number comes with a wide margin of error.

As the impact of climate change gets worse, mass extinction of plant life in some regions is expected, further exacerbating the decline.

"We'd like more trees to slow down the warming. But the warming we're trying to slow is killing the trees," University of Arizona ecohydrologist David Breshears told Inside Climate News. "We need to hold on to the trees that we have."