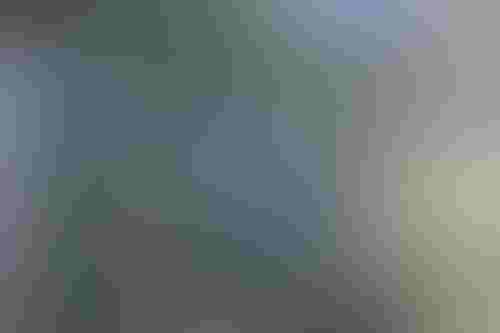 The European Parliament has passed recommendations on uses for AI as lawmakers warn the EU is falling behind in the global tech race.

MEPs voted 495 votes to 34, with 102 abstentions, to pass the recommendations from the Special Committee on Artificial Intelligence in a Digital Age (AIDA).

The recommendations include policy options covering AI related to health and medicine, the environment and climate change.

It said that with the necessary support infrastructure, education and training AI can increase capital and labor productivity, innovation, sustainable growth and job creation in the EU.

However, it also said that the EU should not always regulate AI as a technology – with MEPs instead recommending that the level of regulatory intervention should be proportionate to the type of risk associated with the particular use of an AI system.

The text warned against allowing for the proliferation of technologies used in mass surveillance, arguing that “authoritarian regimes” are applying AI to “rank their citizens or restrict freedom of movement.”

While no explicit mentions were made, this could be in reference to accusations that the Chinese government deployed AI systems from vendors including SenseTime and Yitu Technologies to track Uighur Muslims in the state of Xianjing.

As such, EU Parliamentarians called in its recommendations for international cooperation with “like-minded partners" to safeguard fundamental rights while also minimizing new technological threats.

German MEP Axel Voss, formerly the rapporteur of the EU’s controversial Copyright Directive, is the lead lawmaker on the European Parliament’s AI push.

Following the vote, he described AI as a “game-changer in global digital competition.”

“The EU now has the unique chance to promote a human-centric and trustworthy approach to AI. One that is based on fundamental rights, which manages risks while taking full advantage of the benefits AI can bring to the whole of society,” Voss added.

Joining Voss was AIDA Committee chair Dragoş Tudorache, who said that passing AI rules successfully is “paramount, as the struggle between authoritarianism and democracy is becoming more and more acute - and unfortunately more deadly, as we have seen with Russia's unjustified invasion of Ukraine."

The AIDA Committee started work back in September 2020. It was tasked with exploring the impact of AI on the EU economy and analyzing the approach to AI in third countries.

Following this vote, the findings will be used in the ongoing formation of the AI Act – the bloc’s attempt to regulate AI systems.

In its current form, the prospective legislation would see all AI systems deployed in the EU would be categorized in terms of their risk to citizens’ privacy, livelihoods and rights – with harsh restrictions or outright bans for those in higher-tier categories, like AI-based recruitment tools.

However, that piece of legislation continues to face delays as lawmakers, including Voss, are among a group of disgruntled MEPs unhappy over the bill. He joined calls for a “centralized, hybrid” approach where the basic implementation is left to national regulators and certain applications and impacts left to the Commission.

One of the most wrangled over applications is facial recognition and biometric systems. The prospective AI Act deems all remote biometric identification systems ‘high-risk.' Further compounding this is a ban on law enforcement agencies from using such systems in publicly accessible spaces.

The prohibition does have some exemptions, with such systems only to be used in certain circumstances, with authorization by a judicial or independent body required.

Arguments and wrangling among MEPs could delay the passing of the AI Act by as much as a year, reports from back in February suggest.