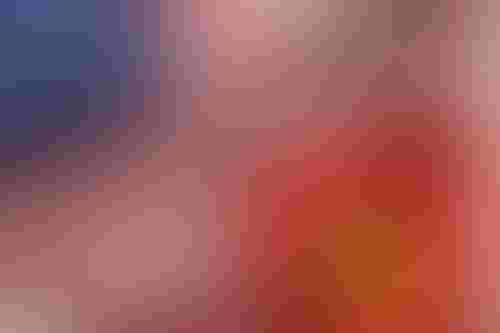 The Biden administration is officially imposing restrictions on exports of AI-focused semiconductors and related equipment to China – formalizing earlier requests to restrict sales in letters to individual chipmakers.

The long-expected rules were made by the U.S. Commerce Department’s Bureau of Industry and Security (BIS), which altered the Export Administration Regulations (EAR) to “address U.S. national security and foreign policy concerns,” according to a federal notice.

The additional export rules cover controls on chips, advanced computing chips and integrated circuits for supercomputing uses. The restrictions prevent chipmakers from selling to China, in deals where they could be sold to nations such as Russia.

Manufacturing equipment used to make such chips is also subject to tighter export controls. Both sets of restrictions take immediate effect. To supply to China, AI chipmakers must apply for a license.

The federal notice said that the new controls were being brought in following “extensive U.S. government consideration of the impact of supercomputers and semiconductor manufacturing equipment on enabling military modernization, including the development of weapons of mass destruction and human rights abuses.”

China is the majority target of these export restrictions, with the notice claiming the Chinese government has “mobilized vast resources to support its defense modernization, including the implementation of its military-civil fusion development strategy, in ways that are contrary to U.S. national security and foreign policy interests.”

“The ability to produce indigenously within China these types of advanced (semiconductors) would be contrary to U.S. national security and foreign policy interests,” according to the federal notice.

The AI chip rules were widely expected and followed earlier restrictions imposed on Nvidia and AMD, as well as KLA Corporation, Lam Research and Applied Materials. At the time of those original enforcements, both Nvidia and AMD said they planned to apply for exemptions to the rule.

Chinese officials had warned such restrictions could cut off the country from the rest of the world in accessing chip supplies. It already warned the U.S. against its approach to AI – claiming upon the announcement of the CHIPS and Science Act that the Biden administration was reigniting Cold War rhetoric. (Recipients of tax breaks under the legislation would be barred from building certain facilities in China.)

China, which is already subject to sanctions impacting its access to U.S. chip manufacturing tech, has joined other nations in vying for a spot in the burgeoning chip market.