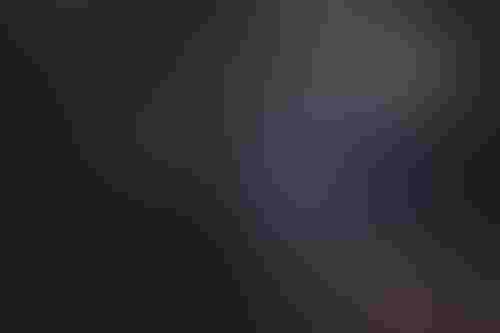 It’s not enough to make a game and simply release it.

The launch of a title is the start of a long journey that involves building a community that will hopefully play the game for years to come, buying in-game items, DLCs, and sequels.

Dr. Alessandro Canossa, co-author of Game Analytics: Maximizing the Value of Player Data, has spent more than a decade trying to fine-tune this art, turning to artificial intelligence, psychology, and reams of player data to build gamer profiles.

Of course, one of the easiest ways to get an understanding of what players think is to ask them.

When working with Ubisoft, Canossa and the team created a survey that they sent out to players.

“The problem Analytical mind with a survey is that, first of all, even if you push it to all the players, very few people will take it. And there’s a lot of self-selection bias, where the people that choose to take it have similar traits,” he told AI Business.

Building on the self-determination theory, a well-established postulation on the concept of motivation in the field of psychology, these four areas are thought to encapsulate the basic psychological needs motivating people who play video games.

The survey relied on respondents being able to accurately answer questions on an abstract and subjective topic.

So Canossa’s team wanted to see if it was possible to extrapolate more insights from raw player data, choosing a diverse set of 443 The Division players that had taken the survey and had clocked in at least 50 hours of gameplay.

What could the team find, when using the latest in preference learning methods to study this vast trove of data?

Properly answering this question requires an understanding of the history of gamers as an audience, Canossa argues.

He’s been analyzing the subject, with an upcoming Game Analytics sequel set to “figure out the origin and evolution of profiling as a practice,” he said.

“It turns out that is actually a lot older than we all thought – like in the ‘30s ‘40s you had car manufacturers that would create sub-brands with different target audiences. Even though the car would cost the same and have the same performance, they would profile it differently for different people,” he said.

“It’s the same [in video games] - everything but the brands.”

This relied on a process of segmentation,’ a top-down approach where companies create “boxes and labels we can put people inside – the soccer mom, the sports, single person, whatever.”

With an improvement in data collection in the ‘90s, came a far superior approach – clustering. “It’s automatic, and bottom down,” Canossa explained.

Instead of boxes, “you measure similarities with algorithms and create groups – only then do you apply your label.”

Canossa’s team used clustering on the 60,000 players, ultimately finding four main groups: Adventurer (solo main and side missions), Elite (top gear score), PvE All-Rounder (lovers of all things co-op), and Social Dark Zone Player (all about competition, and sometimes, about stabbing other players in the back).

Using this, the team then tried to see if they could predict gameplay behavior on users after only a few hours of play.

“We had a very good success rate of around 79 percent,” Canossa said.

“Up to 94 percent in some cases. This means with 94 percent accuracy, we can predict the material motivation that pushes different people to play, that never took the survey – only based on their behavior.”

The group is honing the system further, looking at whether hardware stats impact player types, as well as other data points.

From an academic perspective, this is fascinating – but what is the actual value in this knowledge?

Perhaps, there are more co-op-obsessed players than previously thought, so it’s worth creating more titles for them.

But more immediately, such insights can prove instrumental in reducing player churn.

“There’s a lot of studios out there using AI solutions to predict churn because it’s one of the most important things to do to fix people leaving your game, and some of the best models out there give you a maximum of two weeks warning [that people will leave a game],” Canossa said.

“That’s a lot, but two weeks may be already too late.”

Another interesting aspect of social interaction online is mentorship.

“We applied this to The Division, which is a game that you generally play as a team against other teams, and there’s a lot of experienced players that show a very nice mentor-type of behavior towards greener players,” he said.

“They point the greener players to where the power-ups are, where health packs are – those players are a very precious resource because simply pairing a mentor with a ‘noob’ that’s about to quit ensures that the person doesn’t quit anymore.”

To identify mentors, you need to look at the finer nuances of player behavior, Canossa said – because chat logs are fully private, and are not used.

“Another thing is leadership, where leaders organize a group and strategize and tell [other players] what to do,” he said.

“In another study, we basically look for influencers, or the people that create the most groups. It turns out that there’s a small number of players that are not even aware how important they are to the texture and the infrastructure of the game, because these people gigantic networks of players that they play with, and they constantly create groups, and crosspollinate from one group to another.”

On the opposite end of the spectrum are trolls, griefers, and harassers; the team hopes its systems can learn to spot toxic behavior – again, without relying on chat logs – to ensure a better game environment.

“My job can be somewhat controversial,” Canossa admitted.

“What I’m doing is basically profiling players, which is making assumptions about real-life features based on their in-game behavior – but I’m aware of the limitation and the weight that come with adopting machine learning techniques to infer features of players.”

That said, in his study of the history of profiling, and from his own personal experience, he has noted a distinct change in how players react to being profiled.

Back in 2009, months after Canossa was involved in a seminal study of player behavior with Tomb Raider: Underworld, the results were picked up by the tech forum Slashdot.

“On Slashdot, it was a big scam,” Canossa recalled.

“When players found out about the study they were saying ‘Ah, they tracked me, they look at my data, I’m never gonna buy another Square Enix game again.’ There was like a big deal around it, because, I don’t know, players felt violated somehow.”

Fast forward a decade “and now the same type of study goes on Reddit, and it’s never like, ‘oh, how dare you,’ but it’s more ‘ah, I guess I’m this type. Oh, this is interesting, because I can see myself in this type of profile.’ The attitude and the reception has changed in 10 years, dramatically.”

This, Canossa hopes, will open up the opportunity for better studies and deeper analysis, allowing for games that can react to player needs—ultimately making the experience better for everybody involved. 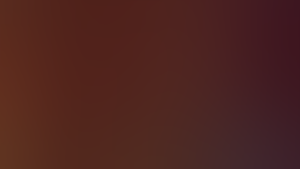