An interview with the medical director of Virtus Health, one of the world's largest IVF clinics

It has been 44 years since the world saw the first ‘test-tube baby,’ born to Louise Joy Brown in Manchester, England. Since then, in vitro fertilization (IVF) – where an egg is fertilized by a sperm outside a woman’s body − has become commonplace with 2.5 million cycles performed globally, according to GE Healthcare.

But IVF remains an expensive procedure for many with relatively low success rates: U.S. fertility treatments cost between $12,000 and $25,000, with couples normally having to undergo an average of three treatments, according to Elite IVF. The success rate ranges from 55.6% for women under 35 to as low as 7% for women over 40. One in eight couples have trouble conceiving.

Virtus Health, one of the largest IVF companies in the world with more 40 clinics, is using AI to raise the success rate of IVF. Felix Beacher, the head of healthcare technology at Informa Tech, recently discussed these advancements with Peter Illingworth, the medical director involved in developing the AI system at Australia-based Virtus.

What follows is an edited version of their conversation. Listen to the interview on The Medical AI podcast.

Felix Beacher: Could you briefly tell us what Virtus health does?

Peter Illingworth: Virtus health is a large IVF clinic. We started from a few small clinics and what we aim to do is to promote better success rates through the development of new technology.

Infertility is a major problem that affects many couples who are trying to have families. (Recently, the infertility rate) has gone up a little bit as people tend to delay having families until they get older, perhaps because of professional careers. And it's a very complex process.

Beacher: Could you describe what IVF is and how it works?

Illingworth: It is a process where a woman will take medication to stimulate all of the eggs in her ovaries to grow. Normally she will have an average of about 10 eggs but it could be anywhere between five and 25 at the start of the treatment.

The eggs are collected and taken to the laboratory. They are joined with the sperm, and then embryos develop from there and they grow. … At that point, the embryos are either transferred back into the uterus, or frozen for future use.

Beacher: Virtus Health has developed a very interesting AI system for assessing the viability of embryos for IVF treatment. Can you describe this AI system?

Illingworth: The starting point for (the development of the AI system) was when we moved to incubators with cameras built into them, to take an image of the embryo every 10 minutes. We saw a lot of things that surprised us. It had always been assumed that an embryo would start at one cell, two cells, four cells, eight cells, and steadily divide to reach the shape that it is at five days.

However, when we went back and looked at these videos of the time lapse, weird things were happening. Cells were going in, cells were coming out, cells were growing in odd places. And the question was, what does any of this stuff mean? What does it tell us about which embryos will turn into healthy babies and which will not? The human eye could not (determine it) at all.

Then we happened to have a conversation with a brilliant young medical student who specialized in computers and artificial intelligence. He said he could ‘fix’ it. … He took all the videos of these embryos and ran them through the computer, and taught the computer to recognize the embryos that led to babies at the end. By running this through again and again, we (trained the AI model and) then tested it on the other embryos to see if the model was valid.

We compared the effectiveness of the AI system, which we christened IV in the early days, with our embryologists to see which did better. We went back to look at thousands of embryos and published a study involving 10,000 embryos from 1,800 patients.

For a diagnostic system to determine which embryo will become a fetal heartbeat, you need a piece of mathematics called a receiver operator characteristic (ROC) based on the area under the curve. A ROC score of 0.5 means a totally random selection, while a ROC score of 1 means utter implausible perfection.

…The general assumption is that a good embryologist will come in at 0.65 to 0.7. … The AI system (clocked in at) 0.93 − incredibly good at predicting which embryo would (become a fetal heartbeat).

Beacher: That is a huge difference in accuracy. We’re talking about 65% to 70% versus 93%. Were the human experts upset?

Illingworth: No doubt there was a little bit of nervousness: Are we going to lose our jobs and be replaced by an AI system? But in fact, assessment of the embryos is only one part of it. You still need the embryologist to look after the embryos, to nurture them. And we really are still a little hesitant to hand over all the decision-making to an AI system. So in practice, what we do at the moment is to use both an embryologist and AI system.

Beacher: From a technical point of view, this is a very interesting AI system because it uses video input, which is pretty unusual in the field of medical AI. Would it have been simpler to just use single images, like an image of Day 10?

Illingworth: The reason that it works here, as opposed to other medical contexts, is that the video is incredibly structured. It grows from Day 1 to Day 5, the same number of images, very standard video, and every video is at exactly the same time point. Whereas if you're looking at the moves of a heart on an ultrasound machine, it would be much harder to get that level of standardization to make it work. And after all, it was looking at these videos and these strange cell movements that made us think of using AI in the first place.

Beacher: Let's talk about the benefits of this system.

Illingworth: AI systems such as this have two possible advantages. The first is that they save time. And if they can be more efficient, then that brings down the cost to consumers of going through a technique like IVF. The second is that they are relatively error-proof. … As human beings, we do make mistakes from time to time. Human judgment is fallible. … Digital systems make mistakes as well, so having a combination of a human being and a digital system gives you possibly the perfect answer for getting success.

The most important thing that we're looking for, though, is the question of whether the AI is actually better than a human being. If it's better, then it allows a woman to more quickly go to the best embryo. It will give her the chance of getting pregnant more quickly. Remember that IVF is no fun at all for a patient who is going through it. The smaller number of embryo transfers that she has to do, the better for her, the easier the process gets, hence the whole incentive to study this area in the first place.

Beacher: What are the potential drawbacks or risks with this kind of system?

Illingworth: It does not work for every single embryo. There are a couple of situations where AI doesn't work. The first is when embryos had a biopsy done to take cells off for genetic testing, which is quite a common thing, then the AI system cannot handle that at all because the cells move in a different way due to the biopsy. So it only works where there has been no biopsy done.

The second thing is that every now and again, an embryo in the incubator will move out of the field of view of the camera because the well is slightly bigger than the camera. So that means you cannot rely on getting a result for every single embryo that is in the laboratory. About 95% to 96% of embryos give you a result, but it is not 100%. Sometimes you may still need a human being to look at the embryos themselves.

Finally, you always worry with any artificial intelligence system that it has an in-built bias and it is choosing things for the wrong reasons. But the randomized trial will tease that out by prospectively testing the system in a clinical environment, so we should see that quite clearly. 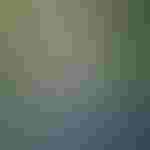