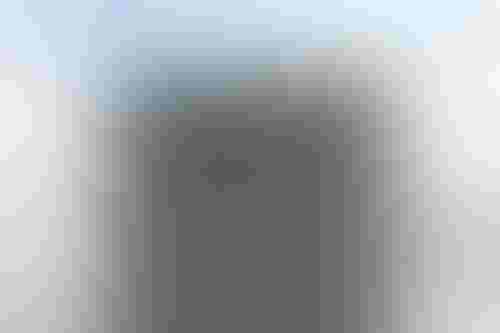 We all know that network traffic is surging, with new services and technologies leading to more people, and more machines, downloading and uploading ever more bits and bytes.

This demand for data forms the backbone of the modern age – and someone has to keep that backbone working. One of the companies tasked with the immense challenge is AT&T.

"When we talk about network growth, it's phenomenal – I like to refer to it as a tsunami," the company’s CTO Andre Fuetsch said during a keynote at the virtual AI Summit Silicon Valley.

It is hard enough to keep current data demands sated, but with no signs of the growth slowing down, the world's largest telecommunications company has turned to a new ally: artificial intelligence.

"What's interesting about this network growth and the traffic demand, is that this has been occurring for quite some time," Fuetsch said. The key moment came with the arrival of the 3G iPhone, and its App store, back in 2008, "and from that point on, we've seen this hockey stick in demand. In fact, if you look over the last 13 years, we've seen over a 580,000 percent growth rate, that's pretty phenomenal."

The problem is, just as this demand is growing, the rate at which computing power has increased is starting to tail off. "So the hardware was holding us back," Fuetsch said. "We've had to move to a much more software-centric way to handle this traffic growth. This has really been the big pivot that we've seen."

The other pivot, that is only now beginning, is a move to the network edge. Today, data is usually processed and stored either on an end-user device (like your phone) or in a cloud data center that could be more than 50 miles away.

With 5G, users will expect lower latency, and therefore a shorter distance to the server; a new home for compute may be needed in between the device and giant data center.

AT&T has around 65,000 cell sites and 5,000 central offices, which are now “candidates to be able to host compute resources," Fuetsch said. Power, cooling, and network connectivity restrictions may disqualify some locations, but AT&T still expects to find enough to build a huge network edge system.

This leads to the third vital pivot necessary for the next era of telecommunications and networking, Fuetsch argued: artificial intelligence.

With the amount of data growing, and set to potentially explode with the arrival of 5G, while at the same time having to be spread out across a much larger number of compute locations, "there's just no human-powered way to do that anymore, you really have to rely on more programmable, more algorithmic approaches," Fuetsch said. "And this is where AI is really coming to help save the day."

Similarly, as the company's network grows, so do its maintenance demands. "On any given day we have 30-40,000 technicians that are driving around installing new services, repairing services, maintaining things all across the United States," Fuetsch said.

The company has started applying AI to optimize routes, predict which equipment should be carried on trucks, predict truck maintenance issues, and match worker skillsets to tasks.

"Given the size and scale of our fleet, and our technician force, just small incremental improvements lead to millions and of millions of dollars that can be saved," Fuetsch explained. "That's where AI is really powerful."

"Another great example, where we're deploying AI, is how we manage the power of our cell sites," Fuetsch continued. "You can think about cell sites, the radio units, antennas – how they operate, and they consume a lot of electricity.

"As you can imagine, in the middle of the night in a suburban area where most people are asleep, network activity is relatively low. It doesn't make much sense to keep those fully powered up if they're not being fully utilized. So we actually use AI technology to lower the power consumption in these sites to be more aligned with network demand."

He noted that "again, when you deal with a network of our scale, small incremental improvements lead to big dollar savings, especially when it comes to energy, and conservation."

This, Fuetsch said, means that AT&T’s network is increasingly reliant on AI – gaining more and more prominence in managing how data is moved and processed on the software side, while simultaneously helping maintain, repair, and power physical infrastructure.