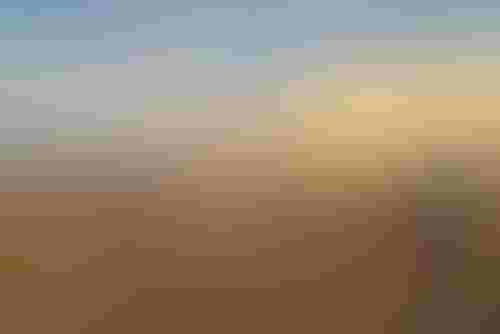 Google’s latest sibling is called ‘Mineral,’ and aims to use tech to feed the growing population.

The company notes that humanity will need to produce more food in the next 50 years than in the previous 10,000.

This comes at a time when climate change is making crops less productive. Feeding the world, Mineral argues, will require farmers to turn to technology – or, specifically, “computational agriculture.”

Data is the new fertilizer

"We’ve been developing and testing a range of software and hardware prototypes based on breakthroughs in artificial intelligence, simulation, sensors, robotics and more," project lead Dr. Elliott Grant announced in a blog post.

“What if every single plant could be monitored and given exactly the nutrition it needed? What if we could untangle the genetic and environmental drivers of crop yield? What if we could measure the subtle ways a plant responds to its environment? What if we could match a crop variety to a parcel of land for optimum sustainability?”The scale of the project is unclear, with X dedicated to ‘10x’ improvement efforts that are supposed to transform industries. The division has yet to produce a truly transformational product – one of its likely success, Google self-driving car, was created prior to X, and absorbed by the ‘moonshot factory.’

For Mineral, X appears to be initially focusing on the area its parent company knows best – data. While crop growers are already using sensors, spreadsheets and GPS, "their data is either siloed or doesn’t fully represent agriculture’s complexity," Mineral claims.

"The Mineral team saw an opportunity to build new software and hardware tools that can bring together diverse sources of information that until now were simply too complex or overwhelming to be useful."

Much of that relied on collecting and collating existing data streams, but to harvest new data on how plants grow and respond to their environment required new equipment. Mineral developed prototype plant buggies (pictured) that slowly drive up and down fields. The solar-powered systems have been working for "the past few years," inspecting crops in California and Illinois.

The team has analyzed crops like melons, berries, lettuce, oilseeds, oats and barley—from sprout to harvest.

The buggies use cameras to gather data including plant height, leaf area and fruit size. This is combined with other data sets like satellite imagery, weather data, and soil information. Machine learning is then used to identify patterns and insights into how plants grow and interact with their environment.

The system should be able to identify individual plants in need of treatment, allowing growers to spray pesticides on individual plants rather than entire fields. This sounds similar to John Deere's Blue River partnership, which uses cameras to spot weeds and focus the pesticide spray.

It is also similar to what vertical farmers are trying to achieve indoors – where the environment is much easier to control. Companies such as Iron Ox, Infarm, and SweGreen use cameras and AI to track the growth of crops, building systems that hope to improve yields by learning what makes vegetables tick.

"Just as the microscope led to a transformation in how diseases are detected and managed, we hope that better tools will enable the agriculture industry to transform how food is grown," Dr. Grant said.

"In order to grow food sustainably on a global scale, new tools will be needed to manage the staggering complexity of farming."