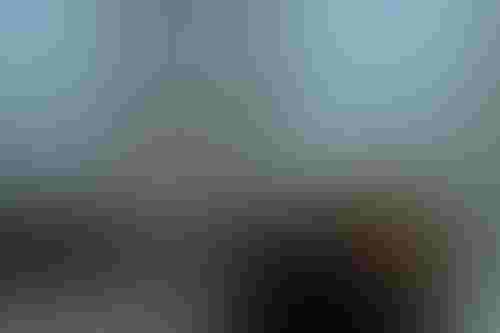 AWS has unveiled IoT RoboRunner, a new robotics service designed to make it easier for brands to deploy and build fleets of robots that work together.

The new service was introduced at the company’s recent re:Invent show and is built on  technology similar to what Amazon uses in its fulfillment centers.

Users can connect robots and work management systems and monitor via a single system view.

“Once robots are connected, developers can use sample applications and software development libraries to build management applications on top of the centralized data repository.”

IoT RoboRunner is available in public preview, with companies able to use them in Northern Virginia in the U.S. and Frankfurt, Germany.

There will be no additional cost to use this feature during the preview period, according to AWS.

“The robots working on this site are set up as a ‘fleet,’ and each individual robot is set up in AWS IoT RoboRunner as a ‘robot’ within a fleet.”

Users can download the Fleet Gateway Library to develop integration codes to connect robots with the RoboRunner system to send and receive data from individual robot fleets.

RoboRunner provides APIs that allow for the building of user applications and includes samples for allocating tasks to robot fleets.

A robotic helping hand for startups

Startups that are accepted onto the program will be able to consult with engineers and staff from AWS and MassRobotics on technical assistance and business model development.

Firms also are being promised up to $10,000 in promotional credits to spend on AWS’s robotics, ML and IoT services.

"At AWS, we believe that startups ignite innovation and drive bold new experimentation, especially so in the robotics industry," said Eric Anderson, general manager of robotics and autonomous services at AWS.