Soldiers from France, Denmark, Belgium, and Estonia also made use of the technology during live-fire drills 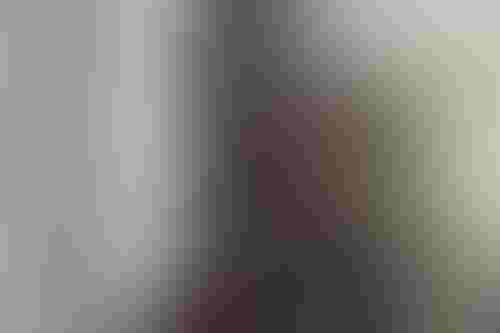 For the first time in its 360-year history, the British Army has deployed AI in the field.

Soldiers from the 20th Armored Infantry Brigade made use of an AI system that provided troops with information on the surrounding environment and terrain.

The system was used during a large-scale training exercise in Estonia, where British soldiers have been deployed to bolster local forces as part of Operation Cabrit.

“This was a fantastic opportunity to use a new and innovative piece of technology in a deployed environment,” Major James McEvoy of the 20th Armored Infantry Brigade said.

“The kit was shown to outperform our expectations and has clear applications for improving our level of analysis and speed at which we conduct our planning. I’m greatly looking forward to further opportunities to work with this.”

The UK’s Ministry of Defense announced a £24 billion ($33bn) spending increase last November, with the funds to be used to help the military adapt to meet future threats.

The MoD said in its Defence Command Paper that it intends to invest £6.6billion ($9bn) over the next four years in research and development, focusing on AI and AI-enabled autonomous systems, as well as cyber, space, and directed energy systems.

Soldiers from France, Denmark, Belgium, and Estonia also made use of the technology whilst carrying out live-fire drills during the annual large-scale NATO exercise.

“The lessons this has provided are considerable, not just in terms of our support to deployed forces, but more broadly in how we inform Defense’s digital transformation agenda and the best practices we must adopt to integrate and exploit leading-edge technologies,” Major General John Cole, the British Army’s director of information, said.

Following this milestone, the UK armed forces will be looking to use AI to predict adversaries’ behavior, perform reconnaissance, and relay real-time intelligence from the battlefield.

AI is already incorporated into several British military initiatives – including the Future Combat Air System, a series of projects aimed at improving the Royal Air Force's strike capabilities and aircraft.

Several of the projects have been canceled, with the main output currently focusing on the development of a BAE Systems Tempest aircraft concept to potentially replace the Typhoon fighter plane.