Looking to develop robots that install fiber optic cables, among other things 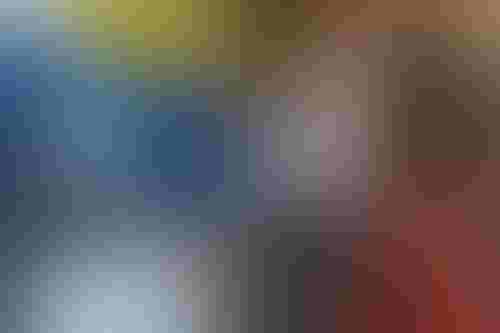 Looking to develop robots that install fiber, among other things

British telecoms giant BT has opened a robotics research facility in the east of England.

The 5,000+ sq. ft site will be tasked with developing robotics for use in telecoms and civil engineering. BT calls it the first robotics test facility of its kind in the UK.

The site will work on projects in collaboration with universities and robotics startups.

"The lab will provide a hub for the creation of solutions to real-world challenges and pioneering applications of robots, reinforcing the UK's position at the heart of research and innovation into advanced technologies," said Professor Tim Whitley, managing director of research at BT.

BT’s new lab will look to create robots that can clear out blocked cable ducts, mend collapsed ducts, and install new fiber network infrastructure. The likes of robotic locomotion and excavation techniques are among some of the focus areas.

The researchers will be working in an indoor facility that will house various testing zones – including underground, in-duct, and overhead environments.

It has several testbeds that can be filled with different soil and aggregate types to replicate various terrains. The site features duct runs to replicate blockages, and a full-height telegraph pole, with platform access to allow different pole-top fixtures to be fitted. Some robots will be put through their paces by delivering tools, equipment, or cable to the top of a pole.

Clearly betting on emerging technologies, BT has been increasingly active in the drone space. In September, it enabled flights of autonomous drones over the Port of Southampton.

The trial was completed in partnership with the Associated British Ports (ABP) and RoboK. The trio flew drones over the port’s vehicle inventory lot, with images captured then fed into an AI system to track and analyze vehicle occupancy levels.