The self-proclaimed ‘chief twit’ reportedly fired the CEO and several other senior executives. 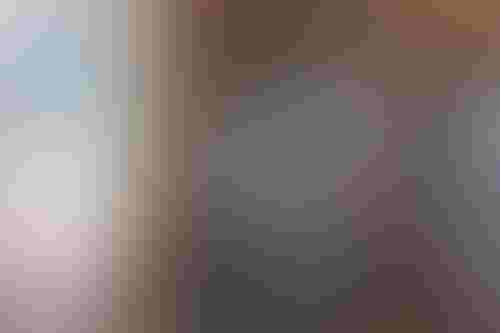 The self-proclaimed ‘chief twit’ reportedly fired the CEO and several other senior executives.

Elon Musk is now the owner of Twitter after closing the $44 billion all-cash deal, ending months of drama that included accusations, lawsuits, whistleblower allegations and a tanking market for tech stocks.

In his usual irreverent fashion, Musk announced his ownership by tweeting “the bird is freed,” in one of his first posts since taking over.

The deal closed earlier this week, with Musk seen walking into the company’s headquarters holding a porcelain sink and saying, “let that sink in."

He is serving as interim CEO, with his Twitter handle changed to “chief twit.”

While Musk claims to be a champion of free speech, some Twitter users have opted to quit the platform in protest of his takeover.

Musk has said he would scrap user bans, including the one placed on former President Donald Trump whose account was deleted following the riots in the U.S. Capitol. Trump has since launched his own platform Truth Social.

In a bid to calm fears, he posted a lengthy statement addressed to advertisers saying Twitter would not become a “free-for-all hellscape where anything can be said with no consequences.”

“In addition to adhering to the laws of the land, our platform must be warm and welcoming to all, where you can choose your desired experience according to your preferences,” he said.

In response to Musk’s purchase, Thierry Breton, the European commissioner for the internal market, said, “In Europe, the bird will fly by our rules.”

In April, Musk surprised Wall Street with his offer to acquire Twitter. The CEO of Tesla, SpaceX, Neuralink and the Boring Company thought he could unlock the potential of the social media platform, get rid of spam bots and allow more freedom of speech.

But Musk had a change of heart after claiming Twitter stonewalled his team from getting accurate information about the extent of the bot problem. Meanwhile, tech stocks began tanking amidst a general market rout as inflation began climbing. Twitter's fired security chief later became a whistleblower about the company's cybersecurity issues including alleging that executives did not share the true extent of the bot problem. Musk then officially rescinded his offer for Twitter and the two sides went to court.

In early October, Musk changed his mind again and decided to close the deal. In Tesla's third-quarter earnings call, he admitted he was "obviously overpaying" for Twitter "but the long-term potential for Twitter, in my view, is an order of magnitude greater than its current value." Related stories: Twitter whistleblower: Leadership ‘misled’ board, regulators Elon Musk gets surprise help from Twitter whistleblower Elon Musk backs out of Twitter acquisition Tesla CEO Elon Musk puts Twitter acquisition ‘on hold’ Elon Musk to acquire Twitter