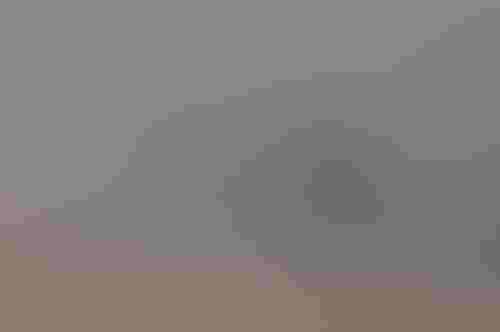 The US Department of Defense has awarded General Atomics Aeronautical Systems (GA-ASI) a $93.3m contract to develop artificial intelligence tools for unmanned aircraft.

Under the Joint Artificial Intelligence Center’s Smart Sensor project, the contract aims to demonstrate object recognition algorithms for unmanned aircraft, and use AI to control an aircraft’s sensors and direct autonomous flight.

“This will bring a tremendous increase in unmanned systems capabilities for applications across the full-range of military operations,” commented J.R. Reid, VP of strategic development at GA-ASI.

The drone will be commanded by Metis, an intelligence, surveillance, and reconnaissance (ISR) tasking and intelligence-sharing application.

The MQ-9, also known as the Predator-B, expanded upon the surveillance functionality of its predecessor to become the first hunter-killer UAV designed for long-endurance intelligence gathering and precision strike.

Primarily used by the US Air Force, the MQ-9 is also deployed by the Customs and Border Protection, as well as by the militaries of Britain, Italy, France, Germany, Netherlands, Dominican Republic, and India, among others.

The number of countries deploying the MQ-9 and its rival RQ-4 Global Hawk could expand significantly after the US State Department officially loosened restrictions on exporting military-grade unmanned aerial vehicles this summer.

Reinterpreting the Missile Technology Control Regime meant that the barriers to drone export have been reduced, although it is not known if the next administration will reassert restrictions. This month, the US State Department approved the sale of four MQ-9B drones to Taiwan, and up to 18 MQ-9Bs to the UAE, pending approval by Congress.

While the core MQ-9 drone body was introduced in 2007, the imaging and surveillance technology has been through regular updates.

Earlier this year, it was revealed that the pod was being used by JAIC and General Atomics to test artificial intelligence-enabled video processing technology.

“To get a lot of the Full Motion Video (FMV) work done in terms of object detection and other things ... we're partnered with [AFRL and GA] both on the algorithmic side but also on the deployment and testing side with these systems,” JAIC head Nand Mulchandani told reporters at a demonstration this September.

Object detection and recognition is an area of significant interest for military contractors. Drone platforms like the Reaper ingest images from huge swaths of land – far too much data for human operators to analyze effectively.

The Lynx Synthetic Aperture Radar, for example, has a range of up to 80km, while the 1.8 gigapixel ARGUS-IS video system auto-tracks every moving object within a 38.8 square kilometer area.

Understanding all this data in real-time is an immense challenge, with the US government drafting some of Silicon Valley’s biggest companies to help. Like Google Cloud, which won a $9m contract to develop image recognition tools for military drones. But when the secret deal was revealed by Gizmodo in 2018, Google’s staff protested, leading the company to not renew the partnership.

It is believed that Palantir took over the project; Amazon and Microsoft are also working with the military on unspecified image recognition projects. Critics claim that this work accelerates the adoption of drone technology, which has led to a significant number of civilian casualties. Others are concerned they mark another step towards fully autonomous lethal weapons.

Under DoD Directive 3000.09, autonomous and semi-autonomous weapon systems should have a human in the loop when using lethal force.

However, in late 2019, the Defense Innovation Board published a draft report that asserted that "AI is not the same thing as autonomy... Directive 3000.09 addresses autonomy in weapons systems, but it neither addresses AI as such nor AI capabilities not pertaining to weapon systems."

The report went on to suggest: "If AI was added to weapons, such weapons would be reviewed to ensure consistency with existing legal requirements, such as the requirement that the weapon not be calculated to cause unnecessary suffering or be inherently indiscriminate... including the duty to take feasible precautions to reduce the risk of harm to the civilian population and other protected persons and objects.”

Under President Obama, the number of weaponized drones in operations across the world expanded dramatically, with the Bureau of Investigative Journalism estimating it led to between 492 and 1,077 civilian deaths. However, during Obama's first term, all military-age males in a strike zone were classified as combatants, so the actual number is unclear.

Under President Trump, the number of operations continued to grow, although civilian death figures are again unclear. Watchdog Airwars estimated that between 3,923 and 6,102 civilians were killed by the US and partner strikes in Iraq and Syria in 2017 alone.

President-elect Biden is yet to release any substantive commentary on drone warfare, promising to end "endless wars" during the elections, but giving few details.