Getting Work Training And Employment Right In The Age Of AI 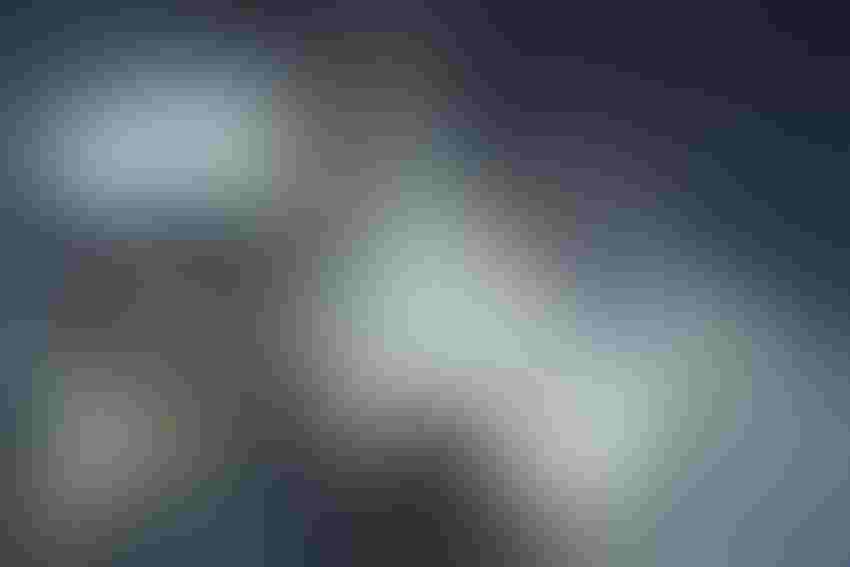 WASHINGTON DC - Work is one of the primary ways people connect to their societies—and in many places, there is not nearly enough of it. The problem is particularly acute for young people: An estimated 75 million people aged 15 to 24 are jobless around the world. In Spain, 33.8 percent of young people are unemployed; in Kenya, the figure is 26 percent. In other countries, such as the United States, the headline figure is lower (9.5 percent), but there are concerns that too many are stuck in low-wage jobs that sentence them to a lifetime of economic and social immobility.

Meanwhile, executives complain they cannot find the workers they need, even for entry-level jobs. And in the future, digitization, automation, and other technological trends could transform the workplace in unpredictable ways, creating jobs that don’t exist now, while wiping out others. According to the McKinsey Global Institute, companies could readily automate at least 30 percent of constituent work in 60 percent of today’s occupations.

The Business Roundtable, a network of US-based businesses, wrote last year: “Economic growth is hindered because the skills of today’s workers have not kept up with the requirements of current and future jobs.” Meanwhile, few training and employment programs can prove their effectiveness, because they do not have the data to track impact. No wonder that, even as employers decry the skills gap, they are often slow to pay for such programs.

To address the issue of youth unemployment, consulting firm McKinsey & Company, founded our nonprofit Generation in 2014 to create a global, cost-effective, and scalable work-training and -placement program.

With operations in more than 90 cities in 9 (soon to be 12) countries, the program offers instruction in 24 professions, including customer service, health care, skilled trades, and tech. To date, more than 22,000 students have graduated, and independent evaluations have found that the vast majority of both learners and employers have registered positive outcomes. Among graduates, salaries rise sharply to three to four times what they made before the program and employment rates jump, with 82 percent employed within 90 days of graduation.

Even one year out, 68 percent are employed with 3 percent moving on to better opportunities. And according to employer surveys, 84 percent of hires from Generation out-perform their peers. In addition, 60 percent of our operations will be funded by employers and governments by the end of this year—up from 30 percent at the end of 2017. Our goal is 100 percent by 2020.

Of course, while we have made progress, we have also made mistakes. Here are six hard-earned conclusions about what it takes to do work training and placement right. While Generation is primarily focused on young people, we believe these lessons are equally relevant for programs focused on reskilling mid-career employees:

1. Return on investment (ROI) is essential, but it's not everything

According to one survey, fewer than 10 percent of CEOs know the ROI of their recruitment and training efforts. In a sense, that is not surprising. No spreadsheet has a cell that details the full cost of workforce development—including time spent interviewing and overtime costs due to an insufficient workforce.

From the start, Generation sought to create that cell, tallying employer ROI in the form of reduced recruitment and training costs, productivity and quality outcomes, retention, and speed to promotion to produce a number that employers could understand. Our analysis of one company in dire need of technicians, for example, found that hiring cost an average $6,000 per person. Using an online ROI Estimator we devised—which determines value lost due to turnover or poor productivity, adjusted to salary and company size, and then compared to the performance of Generation graduates—we determined we could cut that in half.

However, in our experience, demonstrating ROI is not enough to get employers to buy in. Before they will commit, most employers also need to answer at least one of the following questions in the affirmative: First, have they tried, and failed, to crack this nut before? Desperation is, frankly, useful. Second, is the company leadership committed to the communities in which they operate? Those who see skilling and re-skilling as an issue larger than their own company are more willing to experiment. And last, are they willing to embed a new program inside their own recruitment and training programs? This gives companies a sense of control and ownership.

In our work with some 2,400 employers, we have found that companies facing worker scarcity—such as technology or high-end manufacturers—are quicker to sign up for our program than companies dealing with high turnover.

In Spain, employers in robotics process automation were desperate for talent and engaged Generation to help create supply. While conventional wisdom dictated that workers in the robotics field need technical backgrounds, we found that with the right training, liberal arts graduates can succeed—in fact, they comprise 70 percent of our robotics graduates. Because the company’s need was urgent, it was more willing to try a nontraditional approach, especially given its limited risk—a significant proportion of Generation’s fee is based on workplace performance.

Companies in sectors where the major problem is not scarcity, but turnover, generally take more convincing. Though we do our best to demonstrate the economic benefits of higher retention, companies have to see our graduates at three months, and then at six months and beyond, to believe that recruiting and training differently can bring superior outcomes.

It’s worth noting that in either case—high scarcity or high turnover—making costs visible and establishing the right performance metrics takes work. Employers have to share 15 different data points, and then Generation has to follow graduates on the job to establish a track record. But it is worth the effort—these measurements make the case for training and placement clear.

Many programs and funders focus on inputs, such as spending, rather than outputs, such as students’ long-term outcomes. As a result, they don’t know if they are delivering value for money.

To fill this gap, we created a new metric called cost per employed day (CPED), which clarifies outcomes in the form of long-term results. Here’s an example. Program X serves 1,000 students at a cost of $1,000 each, or $1 million total. Five hundred are placed into work, and they stay employed for an average of 60 days in the first six months. That adds up to 30,000 days on the job, or $33 per employed day. Program Y, on the other hand, has an up-front cost of $2,000 per student, but a placement rate of 80 percent, and graduates stay on the job for an average of 120 days within the first six months. That comes out to 96,000 working days, or $21 per employed day. Clearly, Program Y provides more value, even though it is more expensive. At Generation, the CPED figure varies depending on the market and profession, ranging from about $3 in Kenya to $31 in Spain—much less than comparable programs.

Most of our learners do not have the luxury of taking time off to study for months or years, so our programs are short (4 to 12 weeks), intensive, and practical. For each job, we go to workplaces, and observe how people perform different aspects of their jobs. Then we create an “activity map” to identify which daily activities make the difference between high and low performers, and craft a curriculum to fit. At least 70 percent of coursework is then focused on intensive, repeated practice of these activities. Focusing on these specific activities has enabled us to shorten programs by half or more compared to our peers. For example, Generation’s IT help desk program in the United States lasts for 10 weeks, compared to similar, year-long programs at community colleges. And the pass rate of Generation students on the industry CompTIAA+ certification is 75 percent, compared to the national average of 33 percent.

Generation operates in very different countries, and the profile of our participants spans the gamut. In Spain, many students have university degrees. In India, the cohort is mostly secondary-school degree graduates. In the United States, 40 percent are single parents, and the vast majority live below the poverty line. The professions Generation offers therefore vary from place to place, based on local supply and demand, and the profile of our learners.

But more interesting is that the type of people who benefit is the same everywhere—participants are hungry to learn and change the direction of their lives. Participants with very different backgrounds and levels of education are successfully completing the program and gaining stable employment, proving their motivation by navigating the application process and intensive bootcamp.

6. Training Is Only the Start

Many of our participants have one or more personal challenges, such as a difficult family situation, poor educational record, or fragmented work history. So training is only one of seven things Generation does to help learners succeed (see chart below).There are seven interconnected components to Generation approach—all of which are needed to achieve success. (Image courtesy of Generation)

In particular, what happens to students after job placement is critical to their success. In some countries, we offer mentor support during the training, and then weekly check-ins and peer mentorship by previous graduates for up to six months after placement. We also try to build a sense of community during the training and to nourish it after job placement so that we are always the first port of call as they encounter challenges. For example, in the Kenya program, groups of four students within each cohort (Generation “families”) build peer bonds by completing exercises and sharing feedback together, and act as mentors to each other and to subsequent graduates.

In our work going forward, we are sure of two things: First, technology is fundamentally re-shaping the world of work. This is true not only for young people, but also for mid-career professionals whose jobs are being up-ended or simply ended—and who we are also beginning to serve. Second, all of us—employers, educators, policymakers, and individuals—are going to have to re-engineer how to help the 375 million workers who will need to learn new skills by 2030. No program alone is the answer. But perhaps our journey and others’ can help find the right road. 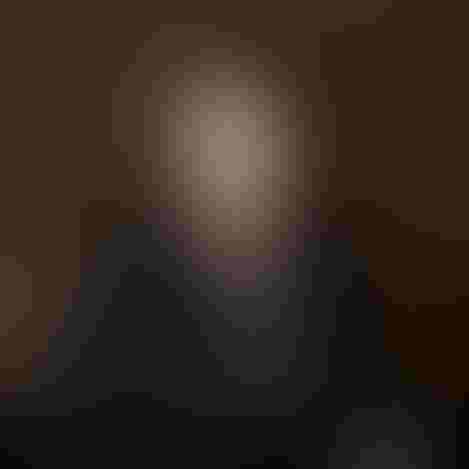