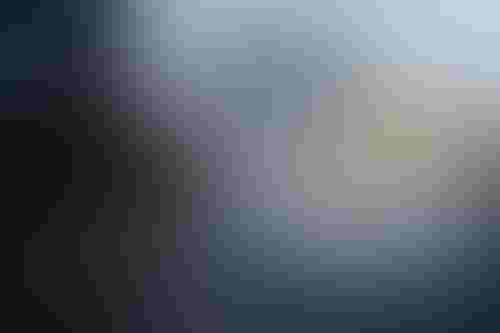 Gamers are no strangers to being hacked, with cyberattacks — such as the infamous PlayStation Network outage in 2011 that affected 77 million accounts — long been a common reality of online gaming.

Akamai’s Gaming Respawned state-of-the-internet report said the boom in attacks is occurring due to increased demand for cloud gaming platforms.

Platforms such as Nvidia’s GeForce Now, Xbox Game Pass and PlayStation Now have skyrocketed in popularity in recent years – as players pay a nominal fee each month to access titles, rather than having to buy games outright. But while it proves a boon for gamers, Akamai warns it represents a target for bad actors also.

“As gaming activity has increased and evolved, so has the value of disrupting it through cyberattacks,” said Jonathan Singer, Akamai's senior strategist for media and entertainment industries, in a statement.

Why are gamers and gaming platforms attractive targets? If bad actors can hack into user accounts, they can steal “everything from in-game currencies and assets to account information, and then sell the loot on the dark web,” according to the study.

Or if they steal a whole account and the gamer has invested time in the game – say he or she reached level 22 – hackers can rename the account and sell it. If hackers attack a gaming company, they can steal the source code, create game-cheating strategies or hold systems hostage.

There is plenty of loot: For example, Activision Blizzard raked in $1.5 billion during a 3-month stretch in 2022 from just microtransactions. And online microtransactions are expected to reach $106 billion by 2026.

The vast majority of popular titles use microtransactions, offering players the chance to purchase skins for characters or weapons. Games such as Genshin Impact, League of Legends and Rocket League contribute to the growth of microtransactions and represent a “massive target” for attackers.

“Microtransactions are a huge draw for criminals who can capitalize on the spending power of gamers without drawing attention to themselves,” the report explained. As such, it is not surprising that “cybercriminals have shown no sign of slowing their attacks on gamers and game platforms.”

But it’s not just money these hackers are trying to gain, but an advantage in games too — with some using AI cheats to get it.

Last year, AI Business analyzed a growing trend of exploiters using ML-based software to circumvent shooters like Call of Duty to rapidly kill opponents from anywhere on the map.

AI Business spoke with a vigilante group who sought to catch cheaters, as well as a lawyer who explained how difficult it is for games publishers to detect these growing AI-based exploits.

But software such as PunkBuster, EasyAntiCheat and VAC are trying to end this practice; they can stop players from cheating in games as well as circumventing back ends to exploit weaknesses.