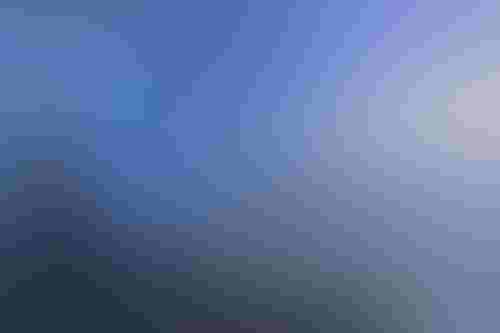 The AI technology used to power IBM’s autonomous ship may soon find its way into research and commercial ocean vessels.

Earlier this year, IBM’s Mayflower Autonomous Ship (MAS) navigated the Atlantic Ocean from Plymouth, England to Halifax, Nova Scotia without a human crew on board.

Now, there is commercial interest in this technology whose original vision was to raise the level of ocean research by sending autonomous ships to places too difficult for human beings to reach.

Speaking at a press gathering, Andy Stanford-Clark, master inventor and CTO for IBM U.K., revealed that there is interest in the potential use of the underlying technology on research ships.

“The idea of a hive mind of research ships sharing a problem out between them is of interest,” he said.

Also showing interest are militaries and cargo-shipping companies, although he said the latter would still like to have humans on board.

“They're not so much interested in replacing the captain on their ship anytime soon. It's a very slow-moving, conservative industry. But they are recognizing that autonomy is coming,” Stanford-Clark said.

Instead, the master inventor floated the idea of an AI-powered first officer to add “a second set of eyes next to the human capital on the bridge, always awake, always alert, never distracted.”

“You can imagine that will save all kinds of accidents, 90% of which are caused by human error,” he added.

Stanford-Clark said that trials of using the AI captain technology as a first officer can be expected soon, under the name Guardian AI.

But it’s not just the AI that is piquing interest in MAS. Stanford-Clark said there was interest in the wider technology used in the autonomous ship, including the cloud tech IoT sensors that can be applied to “many different industries.”

“We talk to our clients about this story and we say, ‘what's your grand challenge? What's your Mayflower we can help solve with IBM technology?’ That gets the conversation going and it’s all triggered by this very exciting project.”

The future of MAS

MAS did not have the easiest of sails. Upon originally setting sail in 2021, the 50-foot-long, solar-powered trimaran broke down and had to be towed back to shore.

And the ship didn’t reach its initial destination of Cape Cod, Massachusetts, instead landing in Halifax, Nova Scotia due to further technical problems. The ship would eventually make it to its intended destination after some repairs.

But hitches aside, the ship completed the 3,500-mile voyage. But what can IBM and partners take away to apply to next time? The Oceanus, an unmanned AI-powered ship that can self-correct is set to follow MAS’s footsteps, traversing the oceans between the U.K. and the Falklands Islands.

Reflecting on the results, Stanford-Clark said the AI worked well, but the project was let down by "stupid mechanical failures.”

“For the first time (out) in 2021, we had a pipe shear on the exhaust system which trashed the generator. And the second one, we had two problems − one was that an isolator switch failed in the open position which disconnected the generator from the battery pack, so we couldn't charge the batteries. And the other one, we lost the main navigation computer, which is why we ended up going to Halifax. Luckily, we had a spare, but we only had one spare.”

But one learning for future autonomous ships took inspiration from a certain science fiction franchise.

“If you've watched things like Star Wars, they always have some kind of technology to fix problems, whether it's nanobots or a mech droid, like R2D2. And we didn't have that on board. Had there been a person or a robot, we could have just sorted the issue and carried on. But the whole mission was jeopardized because of the lack of a single pair of hands to fix things,” he said.

“Ships often have an engineer on board. The discussion with a lot of cargo shipping companies is to reduce the crew rather than replace the crew. There will still be engineers and security guards, even if the AI technology operates the bridge.”